Xiaomi Mi A1 gets another update, still not Oreo

Xiaomi Mi A1 is the lovechild of Xiaomi and Google in the quest for a good Android One smartphone. It comes with stock Android, and both companies promised the phone will get Android Oreo “soon”. 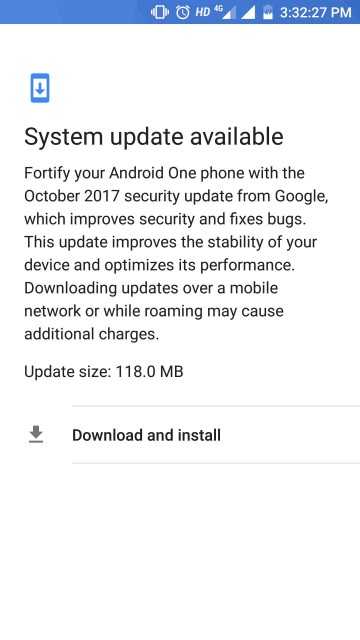 An update arrived just today, but apparently, it is only an October 2017 security patch.

The latest update is said to improve security and fix bugs. It also brings more stability to the device and optimizes the Mi A1’s performance. The size of the update is 118 MB, and all Mi A1 owners should already be receiving it.

Most manufacturers, including Samsung, Lenovo, and Essential, promised an Oreo update to some of their devices. In the meantime, Google confirmed Oreo 8.1 will roll out in developer preview in the coming weeks.

Thanks, Devinder, for sending this in!

when mi a1 update android oreo long time we wait

Yes it's heating while charging ... It's fact