Xiaomi Mi A2 Lite jumps the gun and goes on sale, is cheaper than expected

The Xiaomi Mi A2 is not what you would call “official”, but that shouldn’t get in the way of a good deal. And it is a good deal – a seller on AliExpress is asking $190/$210 for the phone, even though initial rumors suggested $283 or so (to be fair, we’re comparing a price for China with one for Europe, but even EU taxes can’t account for $90). 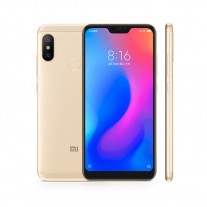 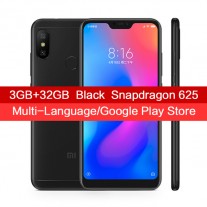 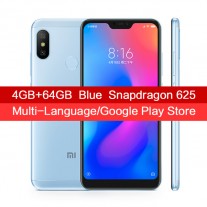 Xiaomi Mi A2 Lite in Gold, Black and Blue

The beefy 4,000mAh should last forever with the power efficient (if not overly fast) Snapdragon 625. It’s paired with 3GB of RAM and 32GB storage. The phone has a dual SIM slot with a dedicated spot for a microSD card so storage expansion is guaranteed.

Source | Via (in Spanish)

A person may have their opinion, can't they? I think notches should not exist in android. ICrapp may do whatever they want

Most insane thing ever. No one cares.