Specifications and renders of the Xiaomi Mi A3, which is expected to go official soon, have surfaced.

The Mi A3 has a design different than its predecessor, Mi A2, and looks similar to the recently announced Mi CC9. It has a notched display and boasts a triple camera setup at the back. The Mi A2 came with a metal build while the Mi A3 appears to be made of glass.

Furthermore, the Mi A2 had a fingerprint scanner on its back but the Mi A3 doesn't have one, which implies it's likely embedded in the screen. Additionally, the Mi A2 had the headphone jack missing which turned out to be a deal-breaker for many, so Xiaomi has brought it back with the Mi A3. 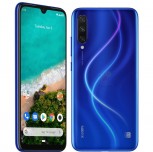 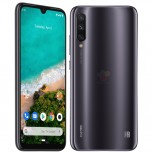 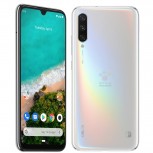 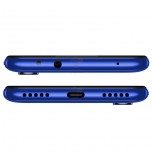 Speaking of the innards, the source says that the Mi A3 will be powered by the Snapdragon 665 SoC which contradicts previous reports of the phone having Snapdragon 730 at the helm.

That said, the Mi A3 will sport a 6" FHD+ AMOLED display, have 4GB RAM, and will be offered in 64GB and 128GB storage options. The smartphone will also have a microSD card slot allowing storage expansion - a feature that was absent from the Mi A2.

For photography, the Mi A3 will come with a 32MP selfie shooter and a 48MP main sensor at the back joined by 8MP and 2MP units. The Mi A3 will run on a 4,000mAh battery and rely on a USB-C port for charging. Being an Android One smartphone, it will run a near stock version of Android Pie with potential for speedy updates.

Xiaomi has already started teasing the Mi A3 but hasn't revealed its launch date yet. However, considering the fact that its predecessor was announced last year in July, we expect the Mi A3 to go official soon.

I only considered SoC that used Qualcomm Kryo cores and left out SD820, SD821, and SD835 because it would require more columns to include them. I also stated that my original list was how I saw those SoC which implied my personal preference. Howe...

Stil SD665 si awesome. Redminote 7 have SD675 which is a lot better than A50with its exynos and cost 100 less bucks. This going to be same. A lot cheaper and better phone than Samsung and other comparison.