Xiaomi's long-awaited and oft-leaked update to the popular Mi Band has been officially revealed. The new Mi Band 1S adds an important feature, missing in the predecessor, and that's a heart-rate monitor. 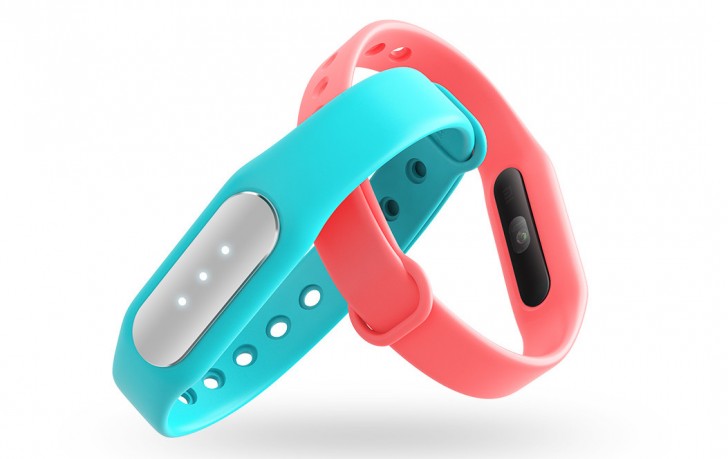 Making for a more complete activity tracker, the optical heart-rate sensor adds to the already available step counter and sleep monitor. Existing features like vibrating/LED notifications have been retained, naturally. The Mi Band 1S will also still be able to unlock your phone when within range, while others will be prompted for a password.

Measuring a slightly different 37 x 13.6 x 9.9mm, the Mi Band 1S may not fit in the existing bracelets, if you've piled up different colors from the old version (36 x 14 x 9mm). The new model also weighs a half a gram more than the 5.0 of the Mi Band. An IP67 rating for dust and water protection has been kept too.

The same 45mAh battery is inside the 1S, and while the previous model carried a 30-day endurance promise, we imagine the heart-rate sensor will take a significant toll on it, if used often enough.

The Mi Band 1S will be available in China starting November 11 for a price of CNY99, or just short of $16. The two models will be sold simultaneously, the original Mi Band priced at CNY 69 ($11).

Hey. I am interested in buying Xiaomi my band 1s. What do you think about this? Regards!

looks awesome, nice price tag. my brother had the first one and it was cool. this one looks awesome