Building the hype for its next Mi Band fitness tracker, Xiaomi made a Weibo post confirming the new features coming on the Mi Band 5. Here are the seven features mentioned (machine translated). 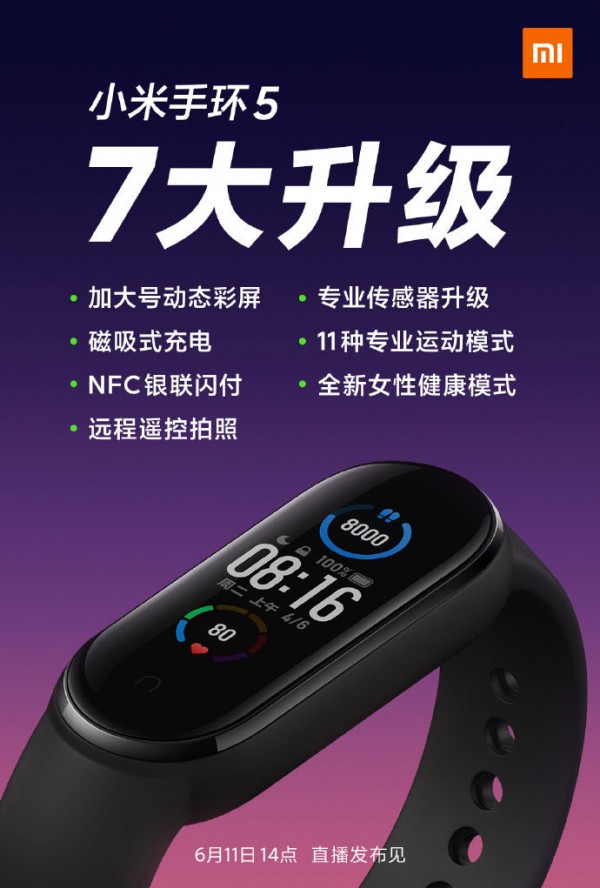 The Mi Band 5 has been teased to arrive in four official colors - yellow, red, green, and black. The “Professional sensor upgrade” refers to a new blood-oxygen saturation sensor (SpO2) that would help to track stress and breathing. Alexa support has also been previously reported, though it isn’t mentioned here, it might only be supported on the global (out of China) version and it wouldn’t have a speaker for audible replies from Alexa. 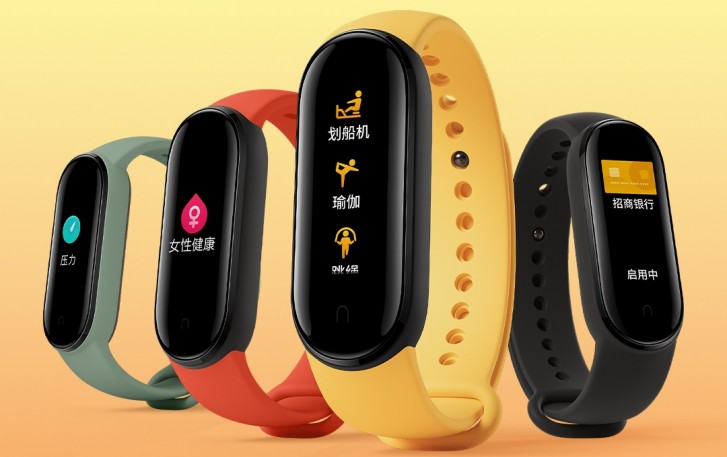 According to previous reports, the Mi Band 5 will be able to track new exercise modes including yoga, elliptical, rowing, indoor cycling, and jump roping.

The OLED screen will be larger this time around at 1.2-inches (versus the .95-inch display on the Mi Band 4). The band is arriving to China on Thursday, June 11 with a possible global launch happening sometime this summer.

Yeah man, sometimes when I do freestyle workout and my band 4 is tighten up on my wrist, the heart rate and calories just freeze up while the time is running. I need to quickly pause and unpause the recording and after half a minute everything is fin...

I measured those manually and with a chest strap heart monitor

Where did you get those percentages? Also, the band is not a professional medial equipment, it's more of an approximate, indicative measurement (which is probably more precise than the margin of error that you have mentioned). Anyway, I'm intere...