Yesterday Xiaomi confirmed that the Mi CC9 Pro, arriving on November 5, will pack a 5,260 mAh battery with 30W fast charging support. Today, the company revealed that the smartphone will sport a 32MP snapper on the front.

This selfie camera will come with features like wide-angle image capture, portrait mode, and 12 style filters. 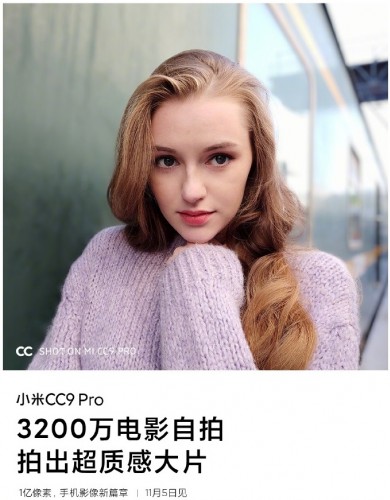 The company also said that Mi CC9 Pro, which will have five cameras on its back, will feature OIS with a four-axis motor on two of its camera module. One module will be the 5x telephoto lens, where OIS will ensure shake-free image capture while the other will likely be the primary camera where improved low-light photography is the goal. 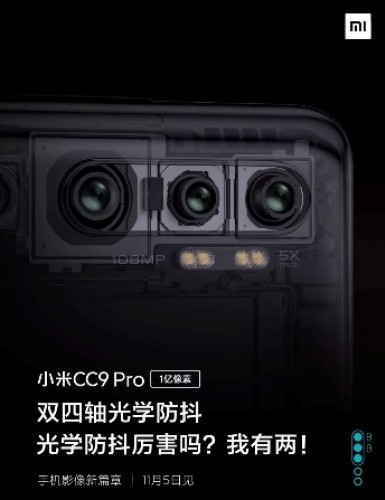 We are just four days away from the unveiling of the Mi CC9 Pro, but you can expect Xiaomi to reveal more features of its penta-camera smartphone until it goes official on next Tuesday.