Xiaomi revealed the upcoming Mi CC9 Pro would be made official on November 5 with five shooters, the main one having a 108 MP sensor. Today the device with model number M1910F4E appeared on TENAA, shining a light on the specs sheet. The phone will have a massive battery that is listed as 5,170 mAh.

However, the CC9 naming is likely to remain exclusive to China. The company announced on its Facebook page that a Xiaomi Mi Note 10 is arriving with five cameras and it is pretty safe to assume they are exactly the same devices. 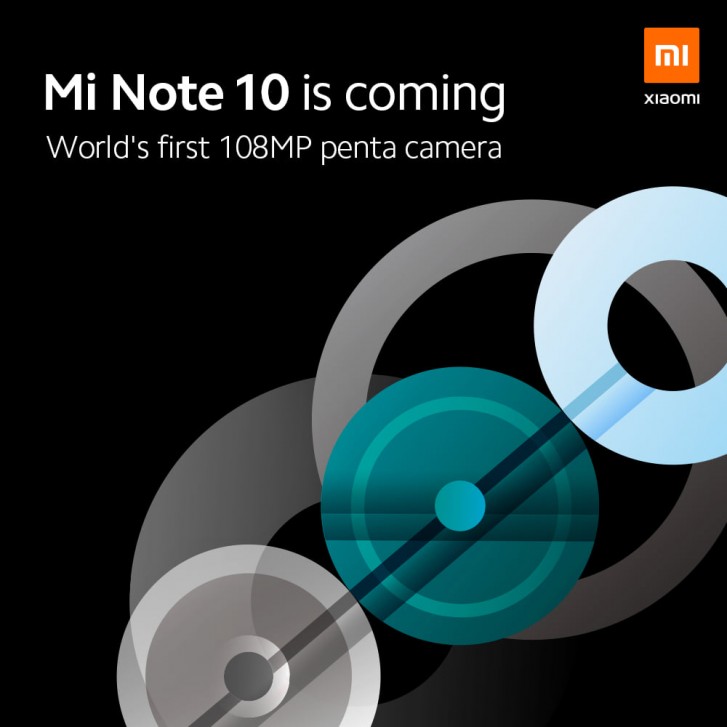 The Mi CC9 Pro/Mi Note 10 will have three RAM options - 6/8/12 GB, and three memory configurations - 64/128/256 GB. It looks like there will be plenty of combinations, meaning a huge variety of prices for the 108 MP phone. The optical zoom is confirmed to be 5x, which is something Xiaomi already teased yesterday.

The CPU clock speed is 2.2 GHz and we think this is the Snapdragon 730G. It has two Kryo 470 Gold units at 2.2 GHz, while the other six in the octa-core CPU are Kryo 470 Silver running at 1.8 GHz. There was also a rumor, suggesting this Qualcomm platform, and it appears the source might have guessed correctly. 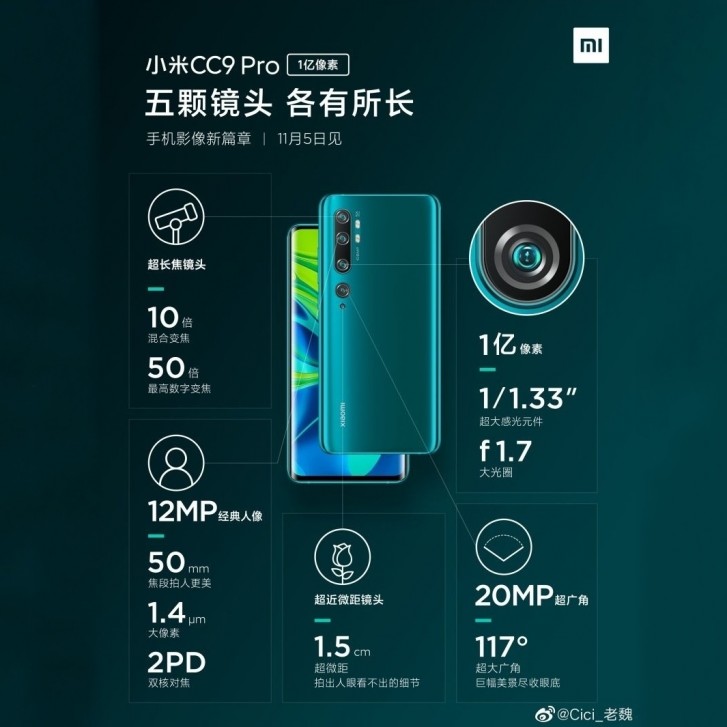 Sooo, why not mentioning on each step that 108MP is just a marketing blabber and actual picture resolution is in a more regular area? You a site for consumers or a publicity outlet for manufacturers?

Doesn't need to, the output of a quad-bayer 108MP is effectively just 27MP.