The Xiaomi Mi CC9 Pro is arriving on November 5, and the Chinese phone maker has already confirmed a few of its specs like a 32MP selfie camera and a 5,260 mAh battery with 30W fast charge support. Today, the company tells us what chipset the phone will ship with.

Xiaomi took to Weibo to announce that the Mi CC9 Pro will come with a Snapdragon 730G SoC, confirming previous rumors. This will disappoint those who were expecting the phone to ship with the flagship Snapdragon 855+ SoC. 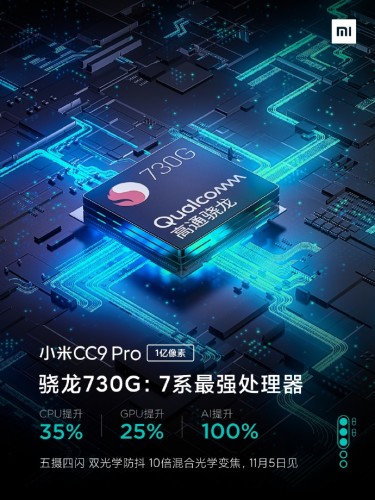 That said, in a separate post, Xiaomi shared a GIF showing off the breathing light effect on the Mi CC9 Pro, which will glow up the edges of the phone's screen when there are new notifications. 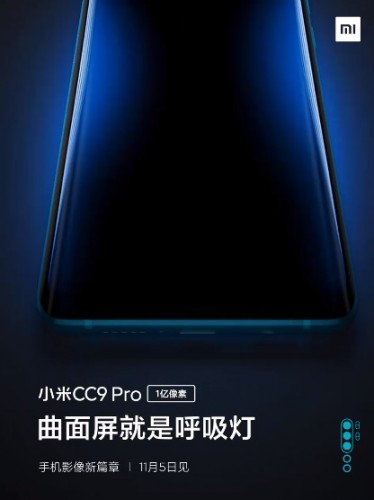 We are just three days away from the unveiling of the Mi CC9 Pro, but until then, Xiaomi is likely to reveal a few more features of this penta-camera smartphone.

why the battery so big? It will only make phone heavy and thick? i'm still waiting for small form factor phone like iP 11 with excellent photos and competitive price.

i fully agree.its a perfect balance.im sick too of all flagship power which is not utilized.