Last year Xiaomi shocked the smartphone world by getting on the 'near-bezelless' train before we even knew that would be the main trend of 2017. This was achieved with the launch of the stunning Mi Mix, which came with essentially no bezels at all on three sides of its screen.

This year the Mi Mix 2 will have to live up to that, and it might just pull it off. At least, that is, if the image you can see below turns out to be real. It's leaked today in China and is alleged to depict a prototype of the Mi Mix 2. 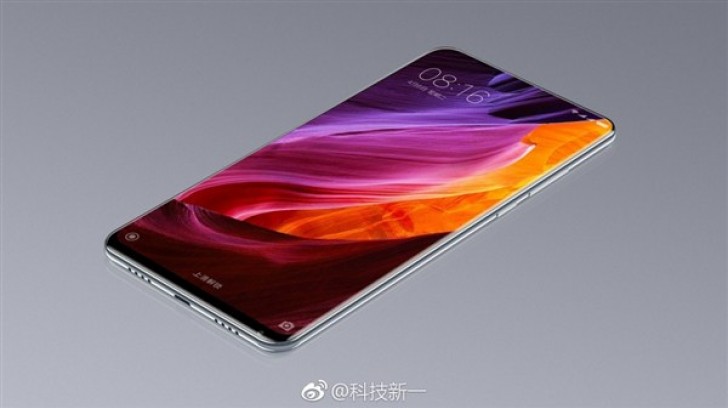 As you can see, the last remaining bezel in the Mi Mix - the bottom one - has been trimmed even more, to the point where the Mi Mix 2's front is almost all-screen. There's still no speaker grille up top, because the Chinese company will use a piezoelectric module once more (but hopefully an improved one compared to last year's).

Since the bottom bezel was cut so drastically, there was literally no place to put a front-facing camera on the handset, which is definitely an interesting design choice. The Mi Mix 2 looks like it could be even thinner than the 7.9mm Mi Mix, and will sport a metal frame. Its corners are slightly more rounded than its predecessor's.

We have previously heard that the upcoming device would sport Qualcomm's Snapdragon 835, 6GB of RAM, an AMOLED display, and a 19 MP main camera. A 4,500 mAh battery will provide the juice needed to operate the beast.

is this available now?