The Xiaomi Mi Mix 2 has been torn down by Chinese site ZOL and we’ll be taking a look at some of its inner workings. The teardown has revealed several improvements in design and materials when compared to the original Xiaomi Mi Mix.

There are no screws to access the inside of the phone, so to get inside, the rear ceramimic panel of the phone must be heated to loosen its adhesive. Once the back panel comes off, the fingerprint scanner’s ribbon cable remains tethered to the board. 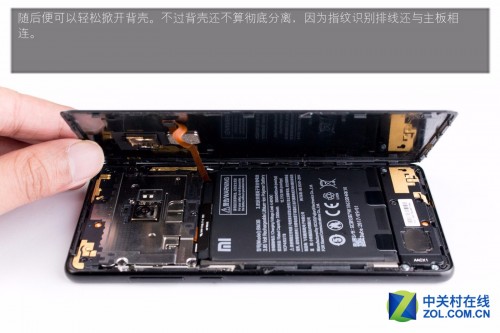 There’s a shield protecting the mainboard, which also features antennas printed in a gold color. The shield is otherwise plastic. While the Mi Mix’s NFC antenna was all-over, the Mi Mix 2 moves it to only the rear of the phone. Likewise, the LED flash is built into this shield to ensure a solid contact. The new shield provides better shielding from electro-static. 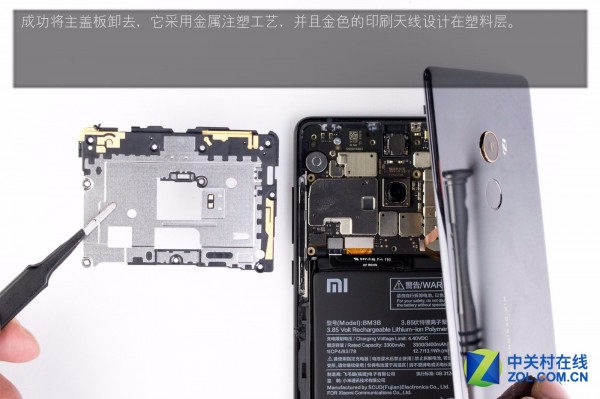 Here’s a side-by-side comparison of the Mi Mix and Mi Mix 2 with their back-covers and electromagnetic shielding removed. 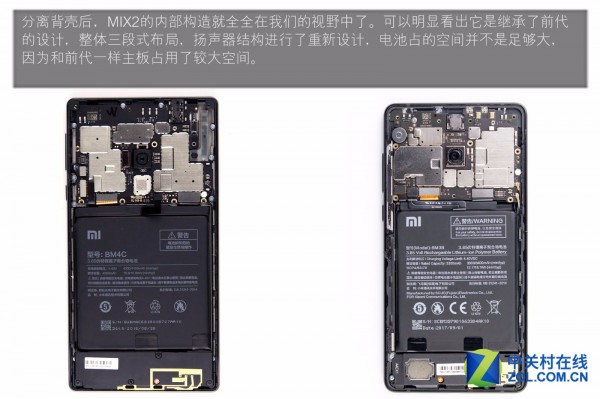 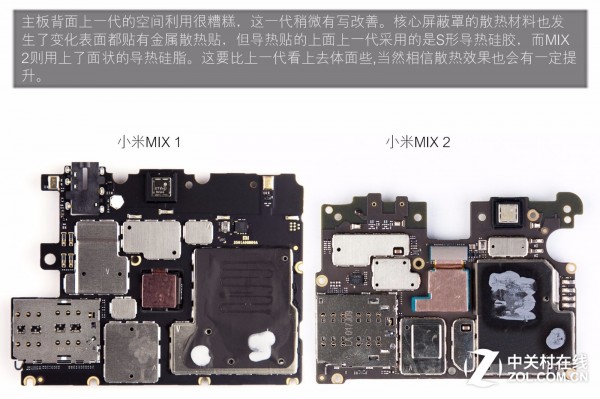 Check out the “Via” link below for a more detailed analysis of the Xiaomi Mi Mix 2’s teardown and the differences between the first and current generations of the phone.