Xiaomi Mi Mix 4 may have a 64MP camera, Mi A3 spotted at the FCC with 48MP camera

The Xiaomi Mi Mix 4 will have a camera that will have a better sensor than Samsung’s 64MP ISOCELL Bright GW1, said Xiaomi’s Product Director Wang Teng in comment on Weibo, which has since been deleted.

Sony is yet to announce a 64MP sensor (though we’re sure one is coming), so there are no direct alternatives. Not yet at least.

Of course “better” is pretty vague when it comes to image sensors – it could mean it's larger or has improved light sensitivity, it’s not all about resolution.

Realme has already confirmed that it’s working on a 64MP phone with the Samsung GW1 sensor, which we’re sure will only intensify the rivalry between the two companies.

Meanwhile, the FCC certified an Android One phone with a 48MP camera – it sounds like the Xiaomi Mi A3. This lines up with current rumors that the new A3 models will be based on the Mi CC9 and Mi CC9e (Mi A3 and A3 Lite, respectively). 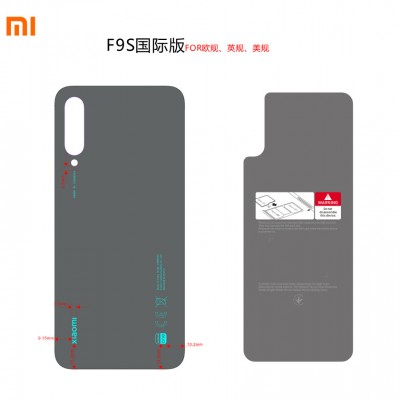 A schematic of the back shows a the same design with a triple camera in the upper left corner. The model number of the phone is M1906F9SH, so when that name appears on TENAA we'll have more details (though we don't expect major hardware changes).

Actually, they can. Mi A3 having the same SD730 won't entirely cannibalize the 9T's sales because the A3 will have a notch. And it probably won't be as pretty. I just hope that they price the A3 lower and more competitively because the Lenovo Z6 is a...

Make your own company, then.

The processing time wouldn't be much longer if images were binned down to 16MP. With that said if they would use 64MP sensors there would be no need of having 5 cameras on the back, even 3 would be more than enough. After all, Nokia went for penta ca...