No, the Xiaomi Mi Mix doesn't actually have a 91.3% screen-to-body ratio

Xiaomi captured people’s imagination with the “bezel-less” Mi Mix - a spark of true innovation in a time when smartphone design has become very stale. But we want to dispute Xiaomi’s claims of 91.3% screen-to-body ratio.

Here’s the thing. We took this official image (left) and measured it in Photoshop - both the phone and its screen (if you want details on how: we used the tool that counts the selected pixels).

Indeed we got pretty close to the claimed 91.3% number, but while we were zoomed in on the image, we noticed that the digitally-rendered view of the Xiaomi Mi Mix does not accurately represent the real device. Here’s an actual photo of the phone for comparison (right). 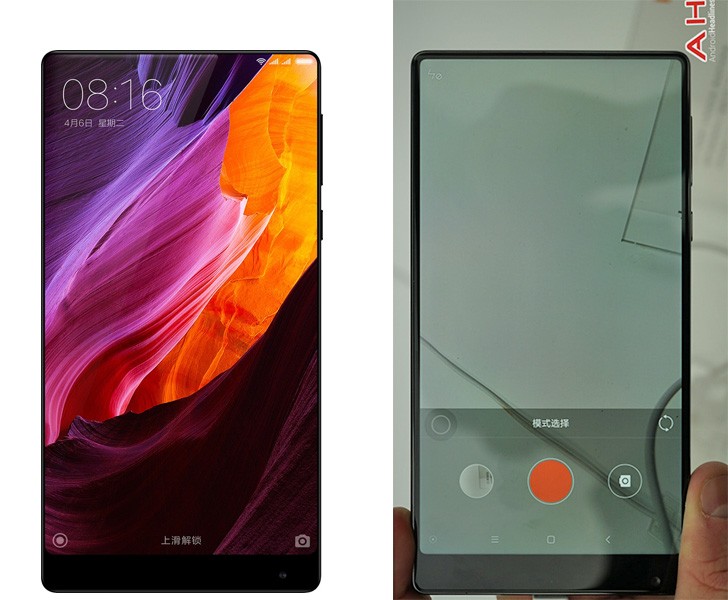 Even to the naked eye, these bezels are not the same, not even close. This will reduce the screen-to-body ratio. Not that it changes a great deal, the Mi Mix continues to look stunning and we’re very eager to check it out. That’s not something driven by cold numbers but instead by the immense wow factor of the phone.

By the way, the screen is made by Sharp. Sharp, as you may already know, has a series of bezel-less phones too. We picked the Sharp Aquos Xx2 (since the Xx3 abandoned the bezel-less design) and compared it with the Mi Mix and the Samsung Galaxy S7 edge.

S7 edge’s dual curved screen makes it quite narrow for the screen size - narrower than the Aquos, which has a smaller screen. However, both phones leave plenty of bezel vertically, the Xiaomi is miles ahead in this respect. 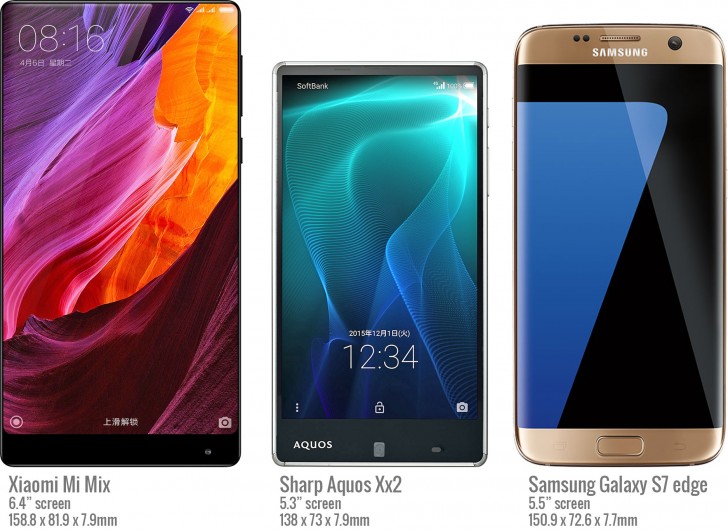 We could try using the photo to calculate the actual screen-to-body ratio of the Xiaomi Mi Mix. But there’s not much point - nothing on the market (and nothing officially in the pipeline) can even come close to Xiaomi’s wonder. And fudging the numbers doesn’t gain anything.

Have you ever order a food and it came differently as the menu pictured? it is false marketing, a woman sued McDonalds over Big Mac photographs and she won.