Announced last month in China, the all-metal Mi Pad 2 tablet from Xiaomi comes in both 16GB and 64GB memory configurations. While the former has been available for purchase, the latter was launched in the country this week, only to be sold out in just 60 seconds. 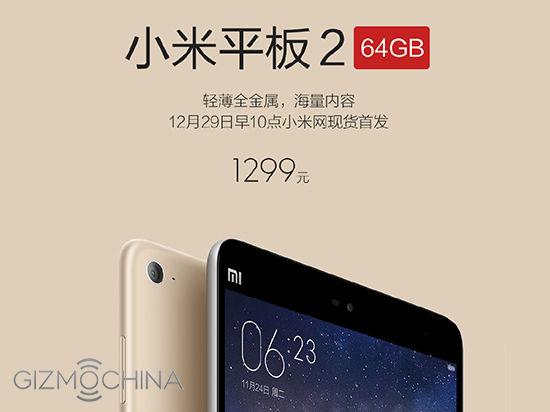 That's right. According to a report out of China, the device was out of stock within a minute of going on sale. Not only the 64GB variant, but the standard 16GB model was also sold out on that day, the report notes.

i want to know, when it will be launched in india. when indian buyers will be able to buy mi products easily. see i have googled mi products. i got to knw that they are many things which are not being launched in india for specified reasons. i dont t...

With that kind of price, $155 is a good price for anything tablet.

I think 1st. Mi pad is far better than this mi pad 2. And about xiaomi they sold out all there products within seconds because of low price with high specifications so nothing new about this "sells out within a minute".