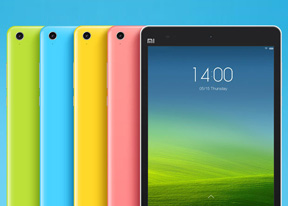 Xiaomi did well with the Mi Pad 7.9 and they know it. Very few compact, affordable tablets end up as solid as this. They need to travel light (and stay within budget) but compromises weigh them down. Well, not the Xiaomi Mi Pad 7.9. 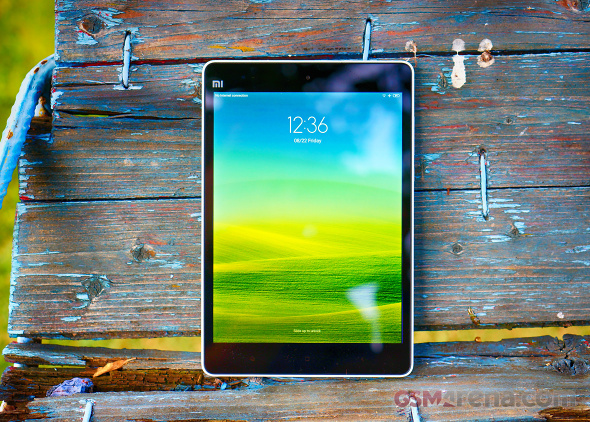 It's got a different kind of problem - at least from a certain perspective. To be fair, it takes a great deal of confidence to go after the top dog right from the very first try. And we think most of Xiaomi's confidence is well founded.

It's just that trying so hard to look like the iPad doesn't feel right, not where we come from. True, it will cost you much less and offer similar, and even superior specs, but the Mi Pad 7.9 does get carried away trying to impersonate the iPad. On the other hand, this may be a valid strategy in China and Asia Pacific where - we should not forget - this device is mostly meant for.

This by the way is easy to spot in our device, which was handed to us stripped of Google services and an interface that borrows heavily on iOS to begin with. Yep, our review unit is one of those you can get only in China, where Android isn't exactly what we're used to.

There's no app drawer for starters and most of Google's apps and services would've been replaced by their Chinese equivalents. By the way, Xiaomi's business model is no stranger to monetizing online services and customization options.

Good thing the Play Store wasn't a big deal to install, so we got the Mi Pad 7.9 in familiar shape in no time.

We'll say it again, not bad for a first try. And the Xiaomi Mi Pad 7.9 is competitively priced to boot. The 16GB version (that's expandable via microSD card) will set you back €240 - that's a bargain compared to Apple's prized mini. Not quite so when compared to the Android-powered competition. Let's have a look at the potential rivals below.

First and foremost, let's get the lookalike Apple iPad mini 2 out of the way. It costs around €100 more and comes with the same screen in terms of size and resolution but boasts a much higher-quality metal build and still offers the biggest selection of tablet-optimized apps. With the new mini around the corner, a price cut for the iPad mini 2 will be well in order.

The Apple A7 64-bit chipset doesn't have the nominal graphic prowess of the Tegra K1 but you won't notice a difference in speed and responsive in any other usage scenario.

The Amazon Kindle Fire HDX isn't a very viable option outside the US and Western Europe but is worth a mention here. It costs a little more than the Xiaomi Mi Pad 7.9 and offers a great 7" 1200p display, stereo speakers, solid build quality and a capable Snapdragon 800 SoC. It is the best way to tap into Amazon services on a handheld.

We can't do without the excellent Nexus 7 (2013) - it should be on the shortlist of everyone shopping for a compact Android tablet. It's a solid hardware package with a 7" 1200p display, good processor, stereo speakers, minimalist and comfortable design. This is Google's compact champion available at or around the same price as the Mi Pad 7.9.

LG's G Pad 8.3 as much as the Mi Pad 7.9, it has a slightly inferior chipset and a lower screen resolution but it makes up for that with a gorgeous, bigger 8.3" display, a premium build and a lighter body.

Samsung has a solid offer in the premium compact class in the Galaxy Tab Pro 8.4. It has a bigger 8.4" display of the much higher 1600 x 2560 resolution, a Snapdragon 800 chipset, 8MP camera, stereo speakers and the latest Android has to offer packed with Samsung's feature-rich TouchWiz. Best of all, the Tab Pro 8.4 costs even less than the Mi Pad 7.9 or the LG G Pad 8.3 (according to Western European prices).

There's plenty of choice of quality tablet hardware and the prices are looking better and better.

The Mi Pad 7.9 is arriving to a market that's not exactly friendly to newcomers but the Chinese tablet isn't afraid to make a stand. OK, perhaps it does so in a loud, cheeky kind of way but it's not just noise it's making. The Tegra K1 chip is begging you to throw heavy games at it, the screen is good enough, the battery backup adequate. In fact, the Tegra K1 chipset and the quality 8-inch display are probably worth the asking price alone.

This is a tablet for China and Asia Pacific but it's got what it takes to make the trip to European shores. When it does so, many will take it for just another iPad copycat. But some of us won't be as quick to judge.