The newly-released Xiaomi Mi Watch is now getting its first firmware update with major improvements and the one thing that sticks out is the iOS support. The firmware also launches alongside Xiaomi's Wear App for iOS. 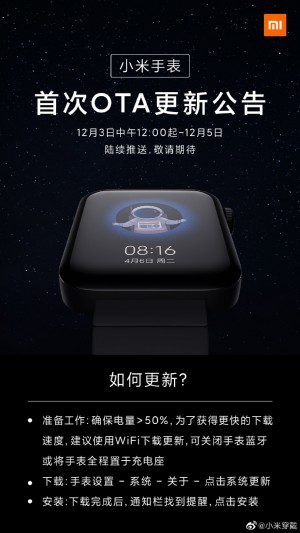 According to Xiaomi itself, the OTA update should start shipping on December 3 in China and will further optimize the pairing process because some users were complaining about the watch freezing when setting it up for the first time.

The new firmware is also supposed to fix the notification issues regarding the Xiaomi Wear App. Oh, and whether location information will now update itself automatically.

When time come to India

What will the launch date of mi smartwatch in india?