As announced earlier this month, today Xiaomi made its official debut in France. The company has opened an authorized store in Paris, at 39 Boulevard de Sebastopol. It's also commenced sales of its devices through its new online store for the French market.

As you can see in the image below, a lot of fans were anxious to see the first Xiaomi store in France officially open, hence they queued in front of it despite the rain. 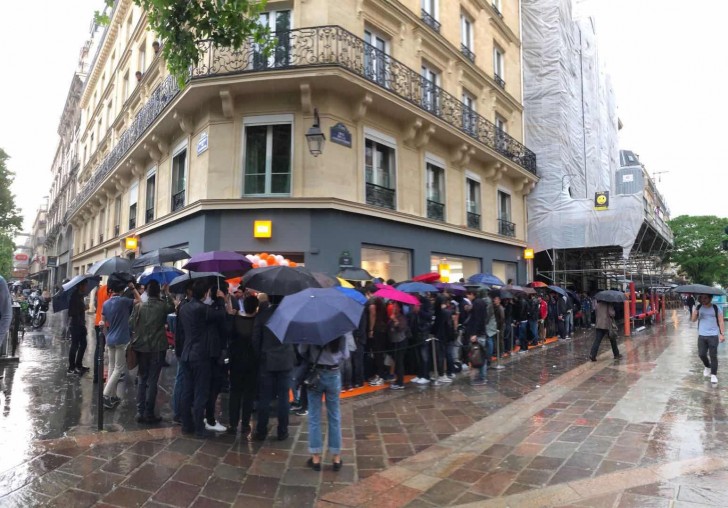 Hopefully buying direct from Xiaomi will yield a better after-sales experience for French customers. The Chinese company will also expand to Italy on May 24.

And in which aspect of Mix, Mix 2, Mix 2S they have copied crApple then?

Most likely starting day prices. Real prices will be higher, but how much... that will be interesting.

no name brand? They are number 2 in india and one of the largest in the world when it comes to Phone makers. It's not small just because your ignorance hasn't caught up to reality yet.