Xiaomi is going to make the Mi CC9 and Mi CC9e official at an event in China tomorrow, on July 2. Ahead of that, the company's official Weibo account has decided to ramp up the fans' excitement by posting the first official image of the two phones, showing both of their backs. Here it is for your viewing pleasure: 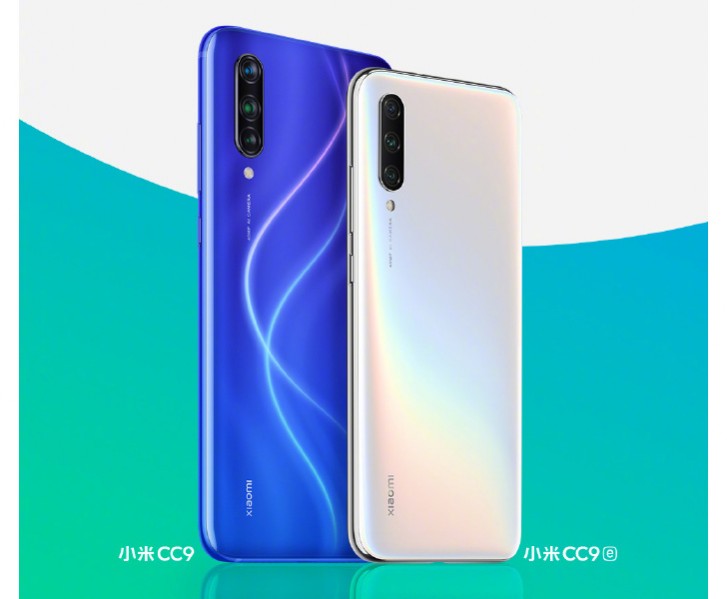 As you can see, there's a subtle pattern on the Mi CC9e's back, in this white-ish color version, whereas the Mi CC9 in blue has light waves dancing on it. These effects will probably vary according to how light hits the rear of each device, but they're still interesting, as we're moving towards more and more unique designs from this specific point of view.

The Mi CC9 and CC9e are the first products of Xiaomi's cooperation with Meitu, a smartphone brand that was focused on selfies, and which it acquired. In fact, there's rumored to be a special Meitu edition of the CC9 series.

Xiaomi has also released the first official promo video for the new CC9 line, which you can see below - but be advised that it's in Chinese, so unless you speak the language you aren't likely to understand anything of what's being said.

It's unclear at this time whether Xiaomi plans to launch the CC9 family outside of its home market, seeing as how Meitu was only really well known over there.

"but be advised that it's in Chinese, so unless you speak the language you aren't likely to understand anything of what's being said" You think?

Bro, this phone will be focusing on camera performance. Mainly the front. The one who would want a phone but with a great front camera. I know few people who would want that. So, I think what they have done is not wrong.