Xiaomi patents a slider with four cameras on the back

Xiaomi has just landed a patent at CNIPA (Chinese National Intellectual Property Agency) for a device with four cameras on the back. The front is completely occupied by a screen, while dual selfie cameras and an LED flash are hidden in a manual sliding mechanism, similar to the Mi Mix 3.

The schematics reveal an interesting concept that looks a lot like the Moto design element. However, we see no fingerprint, meaning it is either going under the display (which should be an AMOLED) or is not in the schematics at all.

The first option sounds more plausible, given this is a patent on the overall appearance. The phone is also pictured without a 3.5 mm audio jack, but with a USB-C port on the bottom. 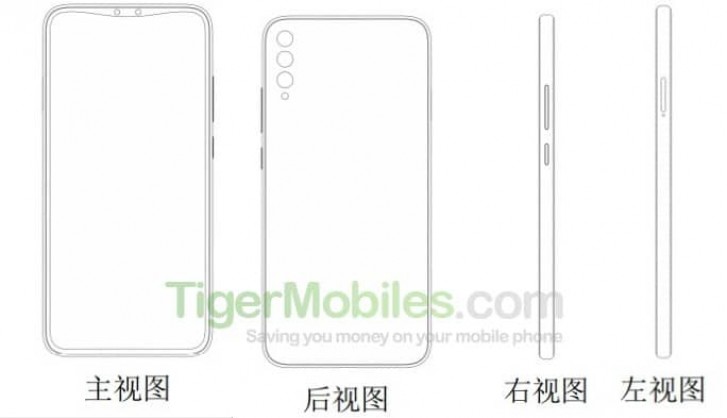 Another patent worth noticing is a phone with three vertical cameras on the back and a dual shooter on the front. However, instead of going for a waterdrop-like notch, it has a slight curve that is aiming to minimize the visual intrusion of today’s cutouts.

We don’t see a fingerprint scanner here as well, but that shouldn’t be unexpected. Xiaomi might be late on trends, but now even midrangers like the Mi CC9e/Mi A3 comes with an OLED panel and the scanner underneath.

Whether these drawings will become an actual phone or is Xiaomi protecting its intellectual property without the intention to make it happen, we are yet to see.

Wayne. The company is working with light/Sony to do a light like camera, like Nokia did, but simpler configuration. We see the Moto and Lenovo last year, show off the same sort of configuration. It maybe just a minimal light Sony module. Look...

Four, or five cameras? Have a closer look. It might be a tof camera, but very useful place to be.

Intrigued with that phone with the curve and triple camera on the back. Pocophone F2, perhaps?