Almost two years after the release of the original Pocophone, the long-awaited successor named Poco F2 Pro is finally here. Last year, we called the Xiaomi Mi 9T Pro the spiritual successor of the Pocophone and it kind of filled that gap in the segment so we weren't wrong. Especially seeing how the new Poco F2 Pro is mostly a re-branded Redmi K30 Pro (the previous version of the phone K20 Pro was also known as the Mi 9T Pro in some markets). Complicated, right?

But enough about semantics. The real question is, does the Poco F2 Pro live up to the hype as its successor once did. Surely, there was some corner-cutting to allow the original Pocophone to be so competitively priced while this time around, the specs sheet of the F2 Pro doesn't really give us that notion.

With a significantly higher price, the Poco F2 Pro has yet to prove its salt. It follows the same formula of arriving with the latest and greatest from Qualcomm, the Snapdragon 865 in this case, but the F2 Pro also adds a couple of welcomed improvements in key areas. The screen is now bigger, notch-less, and employs a crisp OLED panel. Additionally, the camera setup covers almost all of the focal lengths you'd want from a modern smartphone and the battery along with the charging have received some love this time around too.

And before we start pointing fingers, we would like to remind you that the prices of current flagships have risen in the past two years a lot. This gives the "flagship killer" segment some headroom to increase its pricing as well. That way, affordable flagships can offer true flagship experience, at least spec-wise, with a minimal price increase. 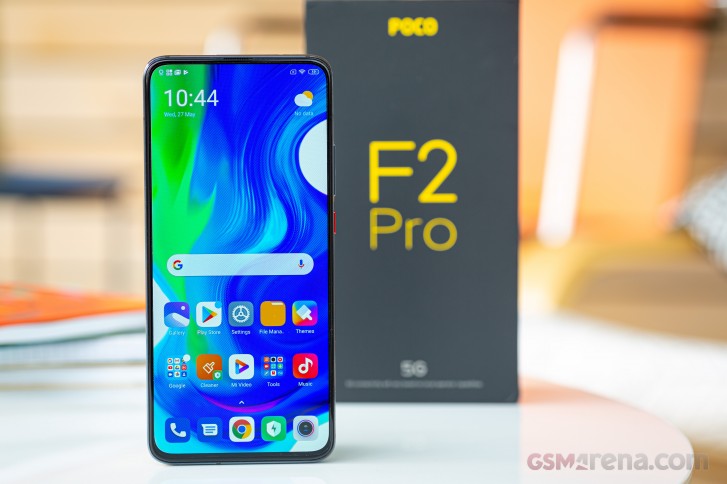 There's also the 5G part. All Snapdragon 865-powered phones this year are more expensive, which probably has something to do with Qualcomm's way of building and licensing all the parts and antennas for the 5G. That doesn't take away the bang for the buck factor of the Poco F2 Pro as the phone is still much cheaper than the popular top-shelf smartphones and offers plenty of performance per dollar. But its pricing means its purchase is no longer a 'no-brainer' in stark contrast to the original Poco F1.

Let's dive deeper to see what else the much-anticipated Poco F2 Pro has to offer.

The phone came in its original box containing the usual user manuals along with the compatible 30W wall charger and the USB-C to USB-A cable for charging and data transfer. There was also a transparent silicone case with slightly textured back for extra grip and a big cutout at the top for the 3.5mm jack and the pop-up camera. 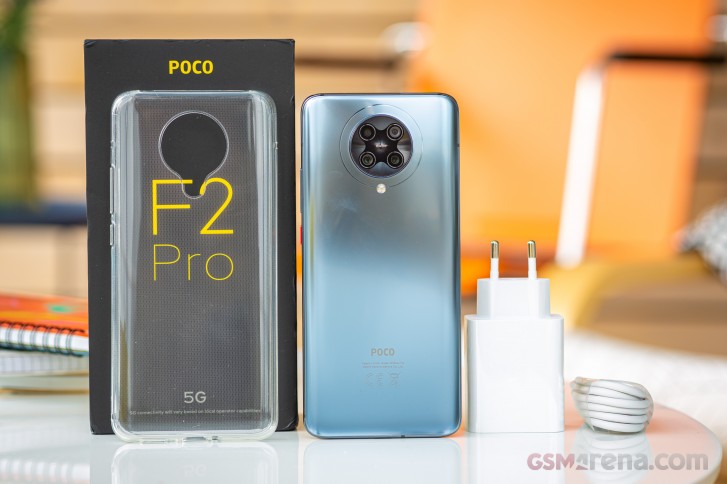 Special thanks to GearBest for providing the review unit.

That's "funny", because I got a charging problem with my poco F2 pro that was very easy to repair (no new piece to buy). Unfortunately I damaged later the phone with water, and they told me I need to replace the motherboard, and that&#...

Bad phone quality, only last around 2 years then motherboard issue charging problems occur.. the phone seem like a unfinished product. That’s why china didn’t sell it and changed name for global market. Feel cheated after buying this phone