Despite its considerably lower price than the true flagship competition, the Poco F2 Pro boasts high-quality, premium build. We've got a Gorilla Glass 5 sheet on the front, and the same goes for the back. The latter, however, has that frosted matte finish that's super nice to touch and gives the notion of a metallic back, especially when it's painted in that distinct Cyber Gray color. The downside is that the surface attracts fingerprints easily, and they are also easy to spot. More importantly, it makes the phone quite slippery. 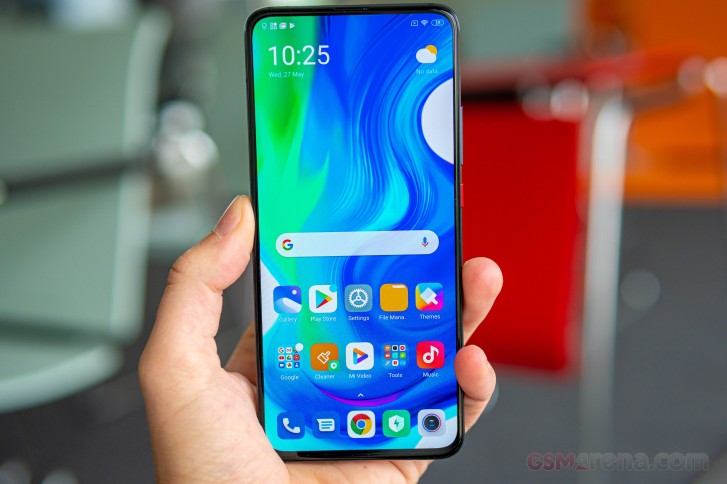 And the unusually hefty chassis doesn't help either. It's about 8.9mm thick and weighs 219g. For comparison, the OnePlus 7T Pro and the Galaxy Note10+ (both with similar displays) are lighter, with the former even having a pop-up camera mechanism. We suspect that the big 4,700 mAh battery and the pop-up selfie camera add to the overall weight quite a lot. 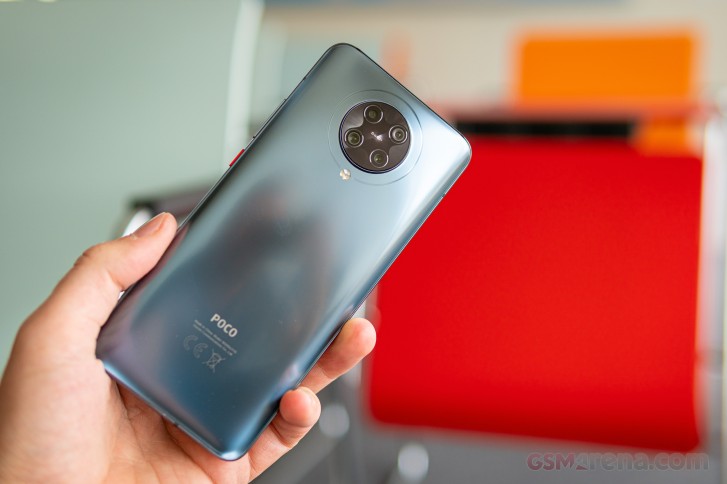 We appreciate the rather unusual back design. The four cameras fit inside a circular module, which is also surrounded by what feels like a ridge giving that distinct look. The module doesn't stick out as much and since it's centered, the phone doesn't wobble too. Looking at the camera alignment, we think that Xiaomi decided to put that extra 2MP depth sensor just for the sake of symmetry. 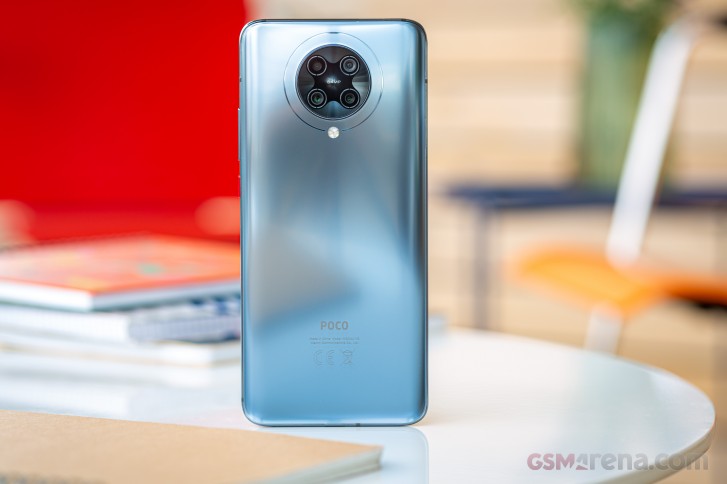 The frame that sticks the two glass sheets on the front and back is made of aluminum and has a glossy finish. It connects seamlessly with the glass panels without forming any big, unpleasant ridges. The bottom houses the USB-C connector, the grille for one of the speakers, and the SIM card tray. The left side is clean while the right accommodates the power button along with the volume rocker. We like the accented power button a lot. When combined with this color, it adds to the overall industrial appeal. And as for the top, it has the pop-up selfie camera and the 3.5mm audio jack. Yep, you read that right, the Poco F2 Pro retains the audio jack. 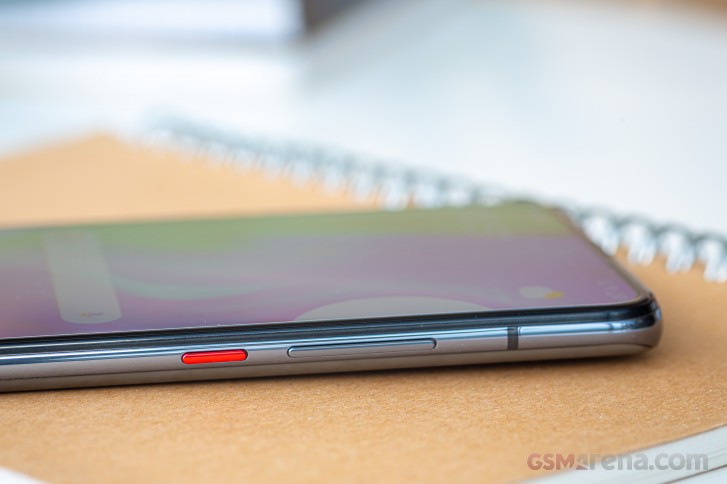 Speaking of the pop-up camera, the mechanism feels smooth and secure, and more importantly - it feels fast. It's also rather small in comparison to other implementations, but that didn't stop Xioami from putting LEDs on each side of the camera lens. And you can customize those LEDs with different colors. 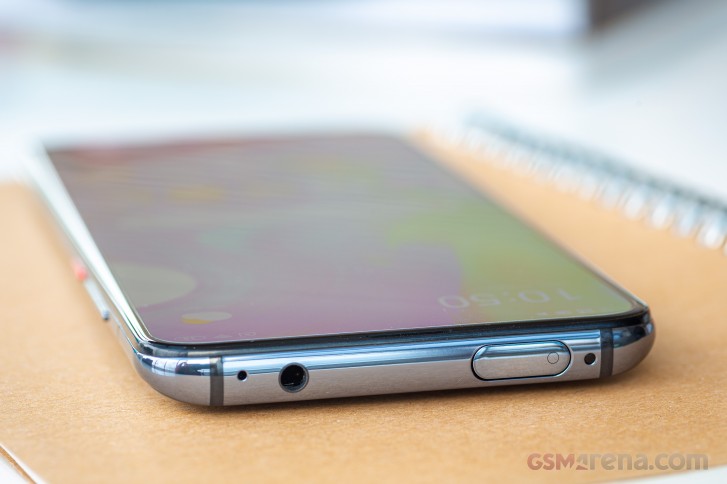 Like it or not, the periscope-like selfie camera allows for an immersive full-screen design on the front. All of the bezels are really thin, while the bottom one is a bit thicker. It doesn't ruin the symmetry, though, and we can say it's one of the thinnest ones around. It's a struggle for OEMs to bring down the thickness of the bottom lip. 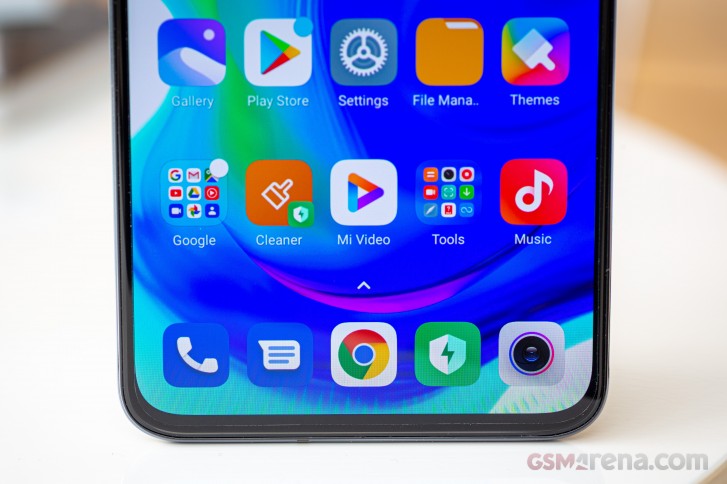 To sum things up - the F2 Pro impresses with the impeccable build and a design that stands out. Surely, it's an unwieldy and hefty phone, but we are sure some of you will appreciate the added weight. Some of the GSMarena staff prefer heavy phones, and we can see why. It gives you the perception of a high-quality, well-built product.

And if the pop-up camera is of any concern to you, keep in mind that this design is already a year old and we are yet to hear of any widespread pop-up cam failures on other phones. Judging by past experiences, it should fare well in the long run.