The Xiaomi Pocophone F1 is not having a great day when it comes to privacy – following the benchmark scores, its specs were put on display by a Belarusian store. There are no images and you can’t always trust store specs, but they seem to line up with previous rumors.

For starters, the chipset is pegged as Snapdragon 845, which is what we expected given the benchmark leak. The screen is a 6.18” IPS panel with 1080p+ resolution and since the aspect ratio is 18.7:9, we think that a notch is a given. 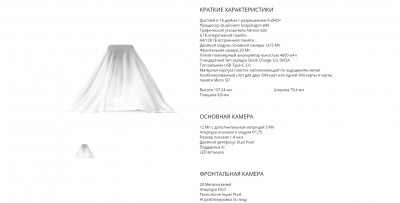 No images of the Xiaomi Pocophone F1, but plenty of specs

Speaking of, this particular model packs 6GB of RAM and 64GB storage, but earlier rumors mentioned a premium 8GB / 128GB version too.

There’s no word on pricing, but earlier rumors suggested it will become the most affordable S845-powered phone with prices starting at €420.

Waiting for this. When will come officially in BD?

I stopped reading at 'Pocophone'. That is a really bad name and everyone should be ashamed for Xiaomi's shame.

I stop read at the notch. Nextt!!