Xiaomi's affordable Snapdragon 845-powered smartphone is already on its way to Europe but its design has remained fairly mysterious while some of the key specs and features accidentally got out via a Bluetooth certification. 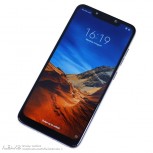 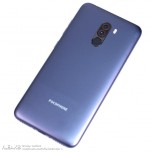 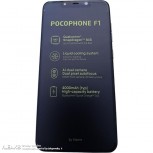 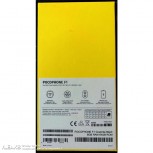 Luckily, we now can have a good look at the design of the device and its retail box revealing more details and also confirm some of the rumored specs.

The clear front shot reads the key features like liquid cooling system for the Snapdragon 845, dual back camera setup and a generous 4,000 mAh battery. The rest of the images show an anodized aluminum back - hence no wireless charging - bottom speaker grills, USB-C connector and a 3.5 mm audio jack position on the top.

As for the back panel, it accommodates the cameras and the fingerprint reader while the front looks a lot like the Mi 8 SE with relatively thick side bezels, chin and big notch. But on the contrary to the Mi 8 SE, the Pocophone offers just a front-facing flash instead of an advanced 3D face recognition technology.

Updates honestly are over rated, why do you want it on day one? Pixels update has messed up far to many phones, so much for day 1, give companies time to fix what those updates break....

So, to get the latest version and security patch in day one, I've to buy a new phone that have them out of the box or that Pixel or the Father of Android's phone, really? Come on, would you like to buy it every year? Also, it's "not compara...