The Xiaomi Mi CC9 Pro aims for camera superiority – it packs five cameras, including a 108MP main sensor and a tele cam with 5x optical zoom. The phone will be unveiled on November 5, but the teaser campaign has already started as Xiaomi released several camera samples.

They focus on zoom. We start with a shot of the Longji rice terraces and a second look at the same scene through 10x hybrid zoom. Next up is a close-up of a Xiaomi brand ambassador – this photo was shot with the 108MP camera and the next image is upscaled from just 0.8% of the original image.

Fair warning, these are rather large images - both in terms of resolution and file size.

Here’s an alleged look at the front of the Xiaomi Mi CC9 Pro. If you want a peek at the back, check out the official teaser image posted by Xiaomi. 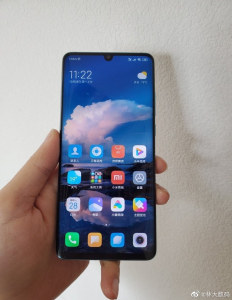 Alleged photo of the front of the Mi CC9 Pro

By the way, Xiaomi will also unveil a smartwatch on November 5. The text in the teaser image reads "definitely not a large-screened smart band", hinting that there will be more advanced functionality compared to the Mi Band 4. The post hints at apps, which will put it above even the Amazfit watches. 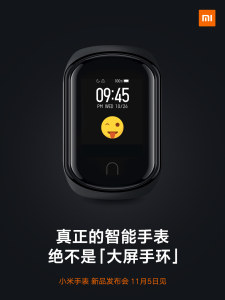 According to reliable leakster Ice Universe, Xiaomi will also unveil the Mi TV 5 alongside the Mi CC9 Pro and the Mi smartwatch.

if you translate the text on the bottom right (using google translate) it says dual optical image stabilisation. So there is hope!

This phone will also feature an ultra wide angle lens.

To be fair, a few old Nokia phones like Nokia 808 or some of newer flagship smartphones from Huawei come with lens that are capable of resolving more than 20MP of details. For instance, Mate 30 Pro and P30 Pro use pretty damn sharp lens and its 2x su...