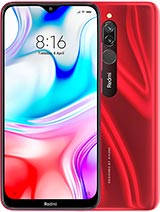 It's a good phone with special features. Don't expect much from the camera though. I own a galaxy s10, so I use it as my secondary phone. I will say, its a cheap value for money.


Negative
Screen has poor color accuracy, due to low pixel density and massive screen, 720 content seems a little blurred ( my moto g from 2013 it's sharper)

Battery autonomy it's a little low for 5000mah, 24h with normal use( that includes casual gaming, multimedia, browsing, etc)

I miss a notification led I have to constantly turn on the screen to see if I've missed something, yet I have an almost useless Infrared port....( Its 2020 wtf)

Siddhant Pandey, 15 Aug 2020Yaa no issues with free fire on standard and no lagsmy redmi has been updated to Android10,but I can't change dpi settings.2 times I try and it make me reboot/factoryreset 2 times.

Priest, 05 Aug 2020I play COD on the redmi 8 lowest settings and high frame rates and it runs pretty good above 3... moreYaa no issues with free fire on standard and no lags

Olumzee, 13 Aug 2020Yesterday I received Android 10 on Redmi 8 and that I'll update in the night immediately,... moreIt's using miui 11 or miui 12. Miui 12 has heavy animations but I have seen Xiaomi reducing the animations to minimal in lowe end phones

Belkacem9920, 12 Aug 2020Where are you from? Yesterday I received Android 10 on Redmi 8 and that I'll update in the night immediately, I started hearing people saying in FB that I should download it ASAP if not I'll disappear and i remembered people On Facebook getting updates only later to discover that it vanished.

So without wasting time I downloaded the file which took me an hour plus using MTN Network in Nigeria for a almost 2GB Data it took but it was worth it Which I'll get to in a bit. After I has finished I installed which took me almost 10 mins but before installing I remembered checking my battery it was 89% so when I was done installing it was 87% before that I was downloading the file My battery was 96% - 90% and then I noticed some amazing changes.

The battery now lasts way longer than before, When browsing the web it's faster, playing Games is also a breeze and Man! It is .Some other things I noticed are the my message app and digital wellbeing Features which on android 9 didn't get dark mode on them but with Android 10 it does Also the security feature you see on your home screen has gotten a Face lift now as well as the battery and the SOT ( Screen On Time) .

While most of you using the redmi 8 haven't started downloading the android 10 you better cos you'll miss out and if you received immediately don't waste time before you won't see it again although it will come but will take time.... And oh if You're afraid to download cause of hugs surprise! surprise!! No Bugs it's smooth sailing all the way. Xiaomi really too their time in making it stable for us and hoping other Redmi models will also get a stable update.

have to Android 10 come to Redmi 8

Prajwal Rai, 16 Apr 2020Worst mobile ever 👎 Too much heat and lag I can't play games that's why I always use this phon... moreMaybe your redmi 8 are clone ones

Olu, 27 Apr 2020Been using this device for nat least 5weeks and it's been perfect all the way, no hiccups,no l... moreNice

YUKI93, 27 May 2020Wireless FM Radio? First time I'm hearing such feature. That is just amazing!Cant imagine how would that be

userbenchmark, 29 May 2020very impressiveThats a positive one

Kenggong, 02 Jul 2020trust me, you will never ever regret every cent u spend on redmi 8. It's awesome smartpho... moreReally?

Total of 731 user reviews and opinions for Xiaomi Redmi 8.
ADVERTISEMENTS