Redmi 9T appears in an unboxing video, tipped to arrive on January 8

Xiaomi introduced the Redmi 9 Power last month, and now it's tipped to add a new member to the lineup dubbed Redmi 9T on January 8.

While there's no word from Xiaomi about the Redmi 9T, rumors have it that this is not an entirely new smartphone, but a rebranded Redmi 9 Power, which itself is a rebadged Redmi Note 9 4G with an additional 2MP macro camera.

If that's true, the Redmi 9T will come with a Snapdragon 662 SoC, 6.53" FullHD+ LCD, 6,000 mAh battery, and a total of five cameras - an 8MP selfie shooter inside the notch and a 48MP primary camera on the back joined by an 8MP ultrawide, 2MP depth and 2MP macro units. 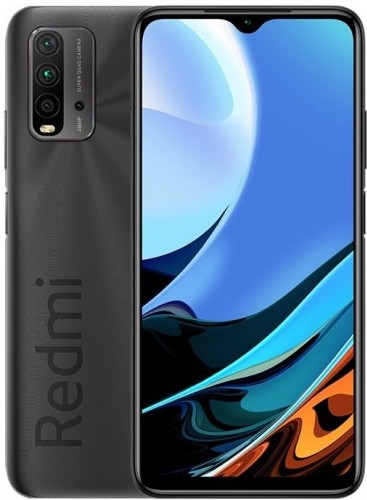 The Redmi 9T also appeared in an unboxing video on YouTube (now removed) bearing model designation M2010J19SG, and since it looks similar to the Redmi 9 Power, rumors of 9T being a rebadged Redmi 9 Power could be true. But there's also a chance that 9T only borrowed the design from the Redmi 9 Power and has different internals.

Whatever be the case, we'll likely hear more about the Redmi 9T as we inch closer to its rumored January 8 unveiling.

so not worth the upgrade from the 8t

Xiaomi erred ugly, if it is a cheap entry device, it should at least have put a Helium g80, economical and more powerful than this Snapdragon 662, makes more than 200k antutu, not to mention that would contribute to the low price of the final product

How it s rumored ?It s already on sale in my country ))