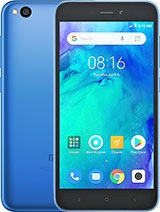 AnonD-819322, 29 Jan 2019You guys are spoilt with your high-end phones. I have had 3 phones with 8GB storage and 1GB RA... moreyes bro, of course people who new to android would like to do those thing!

it can eat all the market again with any 14 nm (sd 450 or another 14 nm processor or close) processor, 2 gb ram + android go, hd screen and 3k+ mah battery but xiaomi just dont get it, imagine the battery lafi when screen hd (amoled if managable)+ 14nm proccessor, its like whooooooooaaaaaaaaaaaaaaaa

Looks like the Redmi 4A and 5A rebranded as Android Go.

You guys are spoilt with your high-end phones. I have had 3 phones with 8GB storage and 1GB RAM. A Class 10 SD Card solves the storage issue. Learn how to optimize your phones by turning off unnecessary features, disabling useless apps and speeding up animations. 1GB RAM is perfectly fine, anything lower is bad. Also, close apps you are not gonna use, many people don't do this. My dad is still using the Galaxy J5 from 2015, he told me that he would keep this phone for another 2 years as it is perfect for him. The Snapdragon 4xx series is good enough, just avoid the 2xx series, they perform worse than the Exynos 4210, especially the 210 (the 200 is better than the 210 but not the 212).

The phone is great in low budjet . But worried to its battery back up. :\

8gb ROM??? Not enough for my parents to store 'Good Morning' photos.

Anonymous, 28 Jan 2019I wonder why xioami use the aging Snapdragon 425 (28nm) in 2019. I think this phone deserve at... moreI completely agree with you. Xiaomi's entire premise is to undercut the competition by offering better specs and a lower price.(Also, I think 480p and a 4.6 inch screen combined with sd 429 would be a very decent combination for the price)

Well for certain people a Go edition is eoutstanding.
This one with pricetag of 60 should be awesome.

Android Go is a joke. Having some experience with Android go, the small optimizations that are available aren't even good compared to the sluggish experience and terrible performance.