All four Redmi K20 and Mi 9T phones are identical on the outside. They are made of the same materials, and they even share the same paintjobs. If you've seen one, you've seen them all. And they are all great - beauty runs in the family, and so is durability. 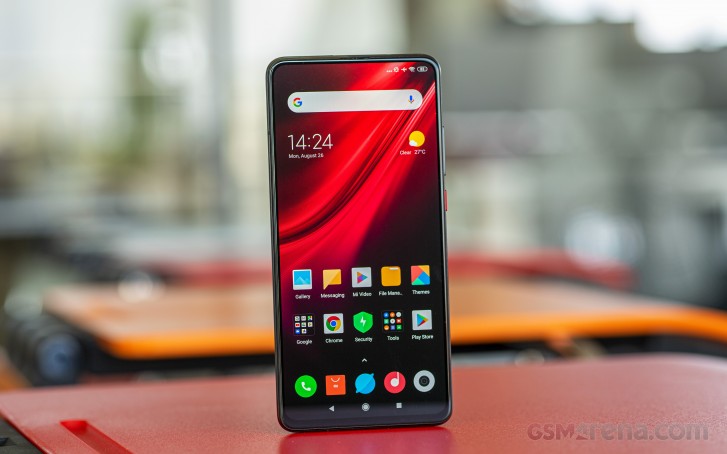 The Redmi K20 Pro/Mi 9T Pro is a device with captivating looks and an immersive screen. And that notch-less AMOLED is as cool as it looks. Xiaomi calls it a Horizon AMOLED, but no matter the marketing name, not having a cutout is one very nice change. 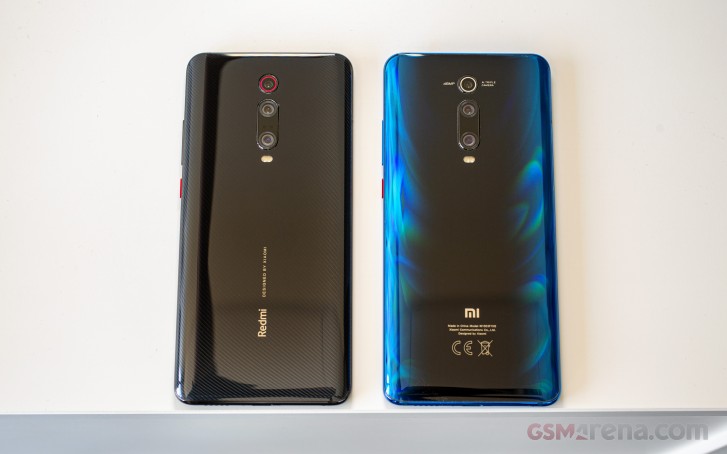 There is no universal solution to the notch problem, yet, but the pop-up selfie camera seems to be the prevailing one so far, and that's where the selfie shooter is on the Redmi K20 Pro. And getting rid of the front cam allowed the K20 Pro to enjoy this uninterrupted 6.39" Samsung-made OLED screen of extended 1080p resolution. Oh, and it's shielded by a flat Gorilla Glass 5 piece.

The earpiece is just that - an earpiece - and it's so thin, that it's barely visible between the screen glass and enclosure. 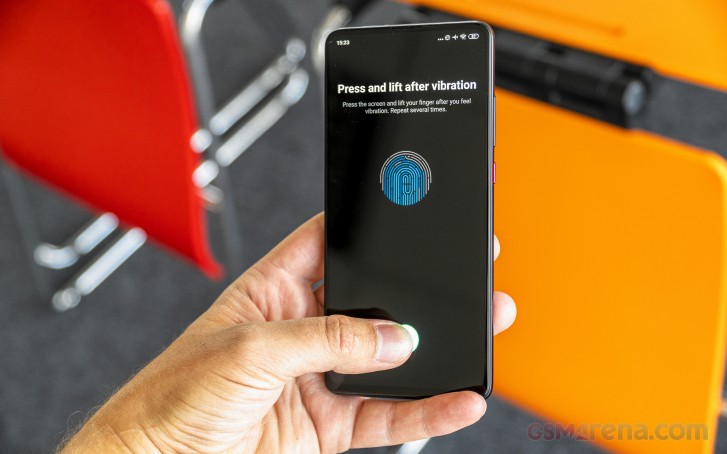 There is an under-display optical fingerprint reader around the bottom of the K20's screen. Those type of sensors have come a long way since their launch, and the one on the K20 Pro is as fast as any conventional fingerprint reader. The moment you touch the glass, the sensor lights up and unlocks the screen as soon as it has recognized your finger. It is very accurate and blazing-fast, and smudges didn't seem to slow it by much. 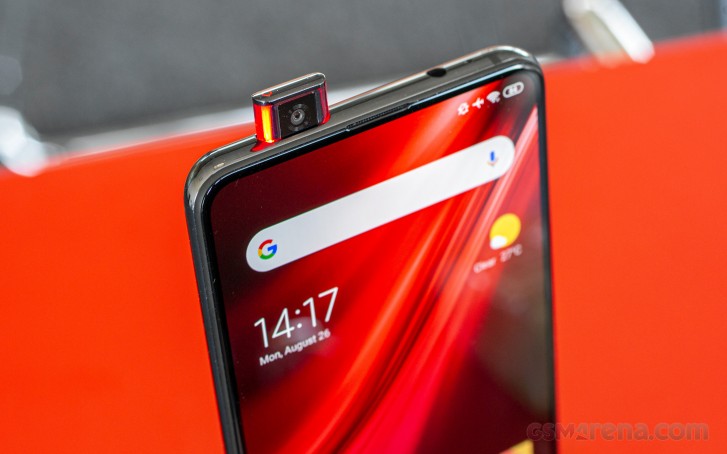 The pop-up module is containing the 20MP selfie snapper is on top of the K20 Pro. It is quite interesting for two reasons - the whole thing lights up in red while popping up and looks very cool. Unfortunately, having this LED only as decoraction seems like a missed opportunity of implementing an LED selfie flash.

The second reason we were quite intrigued by the motorized pop-up is that it contains the LED notification light. It's a small circle on top of the module and it flashes in red for missed notifications. This sure isn't the best spot, but unique it is. 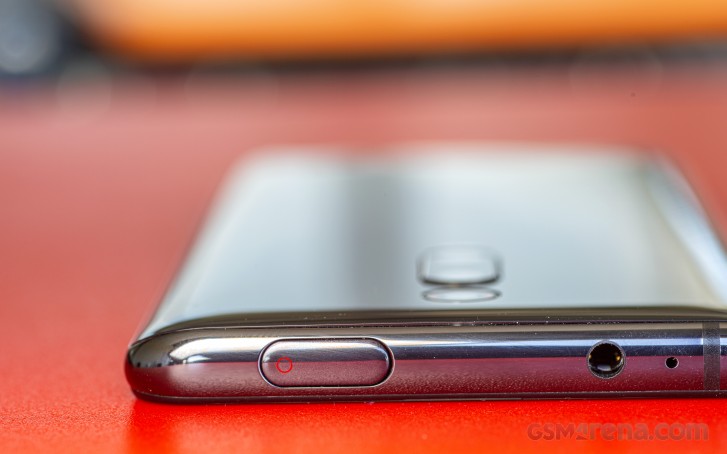 The back of the Redmi K20 Pro is also one large piece of Gorilla Glass 5 by Corning. But unlike the front one, the rear glass is bent towards the longer edges. As usual, this is hardly a grip booster, just on the contrary, but it sure makes the K20 look and feel thinner and more stylish. 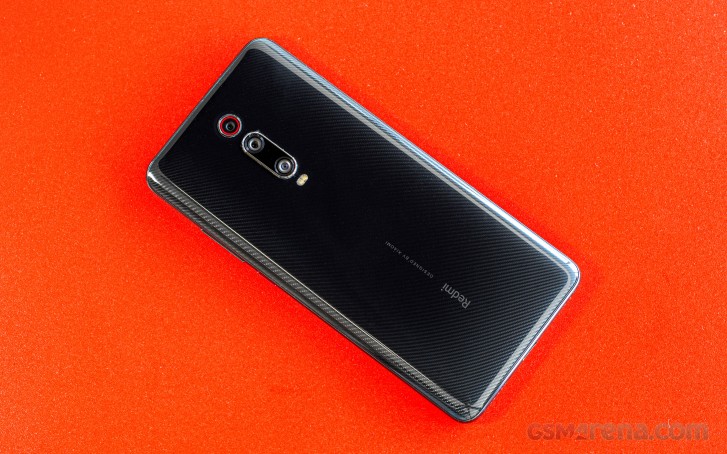 And if you are looking for even more Pocophone DNA, the back is a very reminiscent to the F1's Kevlar panel. The K20 Pro Carbon Black model has the same texture as seen on the all-Kevlar Pocophone, but it is underneath the glass and fades to black around the center. The effect is really cool, and we like this unusual mix of gradient hues and patterns.

There are three cameras on the back of the K20 Pro/Mi 9T Pro - and it's the same arrangement as on the K20/Mi 9T. Separated at the top is the 8MP snapper with 52mm zoom lens. Its metal halo is painted in red, matching the red power button and the red LED on the pop-up piece.

Following on a shared piece of glass are the primary 48MP cam and the 13MP ultrawide shooter. In between those two are hidden the sensors for the laser-autofocus. And outside this formation is the dual-LED flash. 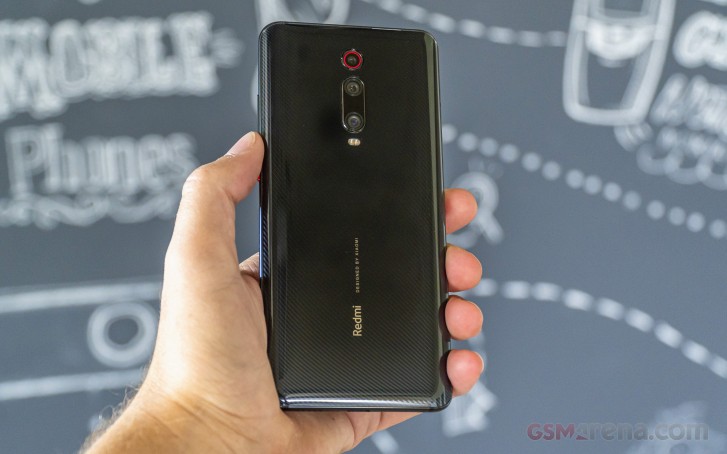 The alone tele camera is not building at all, while the dual-setup protrusion is so small that it's almost unnoticeable. There is no wobbling because of the camera and it's safe to say the back of the K20 Pro is one of the most beautiful and well-designed panels we've seen in a while.

A metal frame with curved edges runs on the sides of the Redmi K20 Pro. It is painted in very dark gray and has a very glossy finish adding even more points for looks but taking a whole lot more from grip. 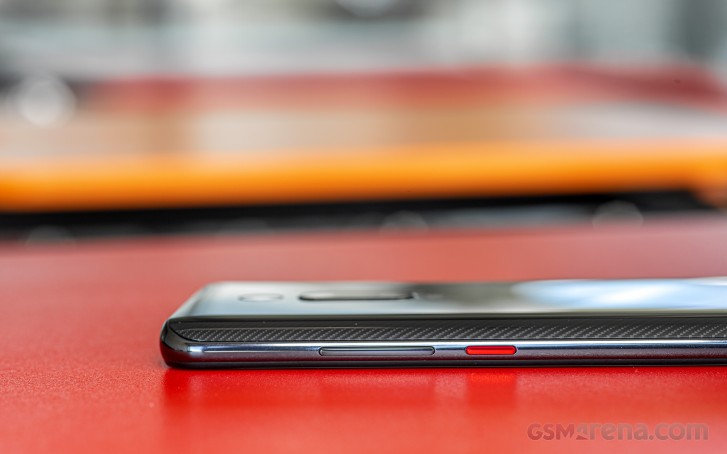 The USB-C port, the loudspeaker, and the SIM/microSD card tray are all at the bottom of the K20 Pro. On the opposing side you'll find the 3.5mm audio jack, and don't forget the notification LED on the pop-up.

The Redmi K20 Pro is a glass smartphone and that's great but making a glass device always leads to an argument that cuts both ways. Using high-end Gorilla Glass and polished metal is the very definition of premium build today, good looking, even captivating when using the right paintjob. But the K20 Pro is very slippery and all those curves around its body aren't helping either. And while you can't have the best from both worlds, you can at least secure the K20 Pro with the provided case when necessary.