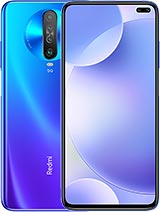 Phone specs are good, camera is great, but the software system is absolute trash.
Plenty of settings are not functioning or are unaccurate, extremly poor optimization, processes management is worse, overheat then thermal throttle in a very basic tasks like social networking or watching YT videos, also low fps on lowest settings on recent games.

SD 765G is really great SoC with excellent capabilities, But the MIUI is a total deal breaker, worse ROM that drove me so mad that I ended up tossing that phone out of windows of five story building before I even think about installing a custom ROM.

Guys what can i do with Mi account lock when i was in china during holiday 2020 i bought this phone and as i am in china i don't know how to activate this device the seller did everything for me and removed the Chinese apps and activated ny his mi account after 2 years i try to reset the phone during games problems i found it says locked device i try to use my email and phone number cannot the sim it was Chinese temporary and i don't even remember the number and i don't know hownto unlock the stupid local Xiaomi says please go back china i feel what ??? And thos gsm online scammers asking for huge money starting from 60$ and they are absolutely scammers because i got hit one of them and didn't do anything what can i do please even i have box they still not helping me under the reason of must be unlock in china .. i will never pay 1 cent to anyone to help anymore who have a free solution or idea welcome, and who will try to offer paid service please stay away better. I will never buy Xiaomi again ever.

sonicswink, 20 Jul 2021After 6 months of usage, this phone became overheating like and thermal throttling even on bas... moreIt's 5G mobile phone mate
First generation of 5G Phones easily get overheat

sonicswink, 20 Jul 2021After 6 months of usage, this phone became overheating like and thermal throttling even on bas... more Same with i used before redmi note 8. Heating and draining battery fast in basic operations.. but i'm not saying it's all occurs on same devices.. i used note 4x and redmi 7 before all fine and beautiful. And now currently using realme 5i.also good

After 6 months of usage, this phone became overheating like and thermal throttling even on basic tasks, never going back to Xiaomi after this phone.

Owenshi, 09 May 2021I'm probably never buying a CN ROM or even a Xiaomi devices as a whole because PlayServic... moreOf course google services don't work in CN rom.... Just change the rom, it will work properly like mine does.

Owenshi, 09 May 2021I'm probably never buying a CN ROM or even a Xiaomi devices as a whole because PlayServic... moreYou have three options: either use the global miui rom or eu rom or a custom rom

I'm probably never buying a CN ROM or even a Xiaomi devices as a whole because PlayServices just won't work consistently. I have to uninstall and install the APK but there's no guarantee it'll work. Multitasking is also non-existent. Switching between apps is such a pain.

Boost, 27 Jan 2021Very good smartphone except camera. To Much green color in the main camera.I don't have green color camera issues. Your unit is probably defective.

please tell me, can this device revese chaging?, 9w as redmi note9

Anonymous, 09 Jan 2021It's fault with Google play services, once I uninstall it using APK mirror and reinstall ... moreHave you fixed it sir?

Very good smartphone except camera. To Much green color in the main camera.

Haidar Keren, 20 Jan 2021i'm so glad that this phone get the android 11 software updateHave you fixed it sir?

2021Bits, 01 Jan 2021After getting the MIUI 12 / Android 11, Google Playstore became unresponsive. I uninstalled th... moreIt's fault with Google play services, once I uninstall it using APK mirror and reinstall it playstore works good for some days.

PauloFUWrong, 30 Dec 2020I've been using the K30 5G for more than 6months as a secondary phone. I can say that i w... moreYou can install the EU ROM . Check xiaomi.eu website for more details. You need to unlock the bootloader and install twrp recovery. EU ROM is better than Chinese ROM with all the bloatware removed. You get online updates too.

2021Bits, 01 Jan 2021After getting the MIUI 12 / Android 11, Google Playstore became unresponsive. I uninstalled th... moreYou could just download it on google, also if you want to install apk then you should also install package installer for android 11

After getting the MIUI 12 / Android 11, Google Playstore became unresponsive. I uninstalled the app thinking i can get a fresh copy from GetApps but the installer is nowhere to be found. Can't find the a working APK elsewhere. I reached out to Xiaomi via email and they cannot provide the link either and told me to find it elsewhere.

As i had a Fire tablet without GMS, i tried a similar steps and got the Playstore working again! I literally spent the whole NY Eve figuring things out. Sucks.