Tomorrow Xiaomi is going to unveil its next-generation MIUI v7 launcher, but many rumors put devices such as Xiaomi Redmi Note 2, Mi 5 and Mi 5 Plus on the announcement queue as well. And while we are waiting for the event to happen here is some more news on the upcoming Redmi Note 2.

The most recent leak shows the Xiaomi Redmi Note 2 in some blurry pictures, but with detailed specs. The latest information confirms the Redmi Note 2 will be built around a 5.5" 1080p display and will utilize matte plastic for its shell. 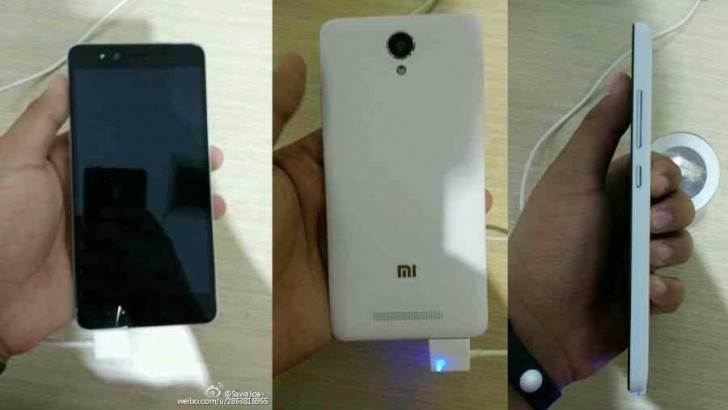 The chipset to power the Redmi Note 2 is displayed by AnTuTu as MT6795 Helio X10 - this translates into an octa-core 2.2GHz Cortex-A53 processor, PowerVR G6200 GPU and 2GB of RAM. The rest of the specs include a 13MP main camera, a 5MP selfie snapper, 16GB expandable storage and a 3,020 mAh battery. Naturally, the Redmi Note 2 should run on Android 5.1 Lollipop with MIUI v7. 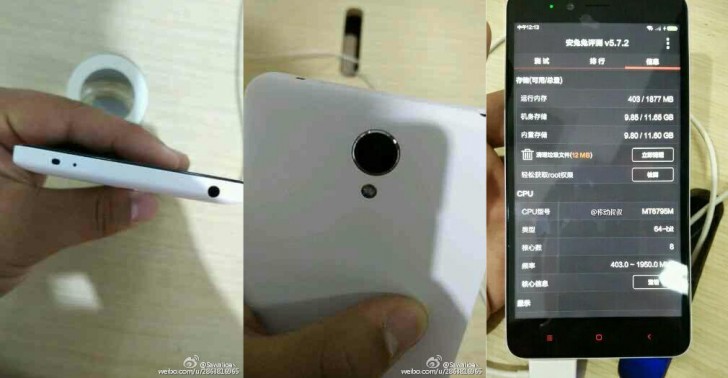 A retailer already spilled the beans on the Redmi Note 2 by jumping the gun yesterday and putting it on pre-order. Its listing, which has been revised earlier today, confirms all of these specs. Yesterday the page described the Redmi Note 2 as a 5.7" phablet with a Snapdragon 615 chip, but today it just confirms the 5.5" screen and the Helio X10 MediaTek SoC.

The listing asks $199 for the Redmi Note 2 on pre-order, which might be its official price for Asia. Tomorrow Xiaomi and Samsung are making big announcements, so it will be a very eventful day. Stay tuned!

there it was written expandable memory

Does this phone has sdcard slot ? from the 3rd pic, i see 2 16GB space. Hope this will have, dont know why most of the devices are comming w/o sdcard slot now.