Up until this point we knew some details about Xiaomi's first 18:9 midranger - the Redmi Note 5 - and have seen it in renders but we're now finally being treated to a few snaps from the wild.

The device in the blurry images looks like a prototype of the Xiaomi Redmi Note 5 complete with a minimal-bezel front where there'll likely be a 5.5-inch 18:9 display, and the dual camera setup on the back. 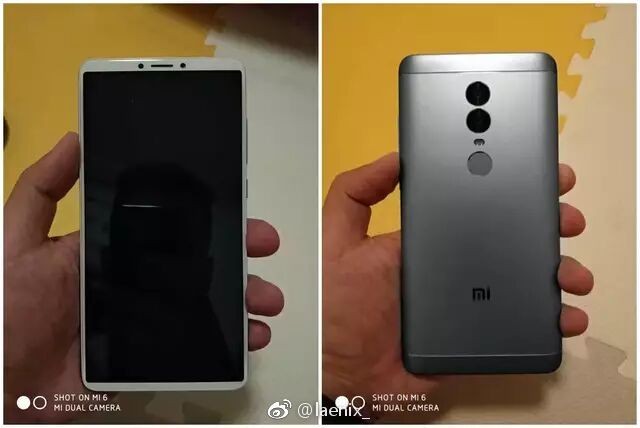 It's rumored that the Xiaomi Redmi Note 5 will have a 16MP+5MP setup on the back and a front-facing camera of unknown resolution.

The chipset of choice will either be a Snapdragon 660 or, more likely, a MediaTek Helio P25. The battery is rumored to have a 4,000mAh capacity.

We expect Xiaomi to release a few different variants of the Redmi Note 5, either with 3GB or 4GB of RAM. The alleged pricing is as follows:

What is this mobile price

No expressions of hatred