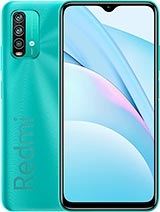 Chomel, 10 Dec 2020Is it true that Xiaomi Phones are preloaded with advertisements? Thinking of getting a Xiaomi. Tks.If you're not from India. Yes.

Chomel, 10 Dec 2020Is it true that Xiaomi Phones are preloaded with advertisements? Thinking of getting a Xiaomi. Tks.of course! you'll be greeted with ads in every system apps and so.

Is it true that Xiaomi Phones are preloaded with advertisements? Thinking of getting a Xiaomi. Tks.

M Ishtiaq, 03 Dec 2020Does it globally launch? it will,in most country it called poco m3 with different back design,different camera,in India and other south Asia country it will be launched as Redmi 9Power

Does it globally launch?

Best phone. Plan to buy it

POCO M3 is that you?

I like how Xiaomi is trying their best to confuse people with their naming strategy.

The big redmi letter at the back cover really ugly. Why xuaomi following realme design with big letter. Its so tacky and irritating.

Aks, 27 Nov 2020Xiaomi already have note 9 series then why they again releasing same series if Phone with deff... moreThis will most probably launch as the note 10 globally rather than the 9 5g as i think in china the 9 wasn't launched..

Anonymous, 27 Nov 2020It won't create any confusion because every phone they release is targeting a specific ma... moreI Respect your views. I don't know Xiaomi better than its marketing department but as a buyer i have right to question. I have Redmi Note 9s and i think Xiaomi is better than many cell phone company. Miui updates and support are impressive.

No Gyro Sensor? are you kidding Xiaomi?

All Note 8 already had Gorilla Glass 5