Xiaomi shipped 1 million Mi 9 units, 1.5 million if you include the Mi 9 SE

The Xiaomi Mi 9 has shipped more than 1 million units worldwide. The phone launched in late February, so it hit this milestone in about a month.

Adding the Mi 9 SE shipments, the total raises to over 1.5 million units (presumably this includes the Explorer version too). Note that the SE isn't available globally yet. 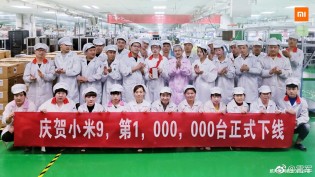 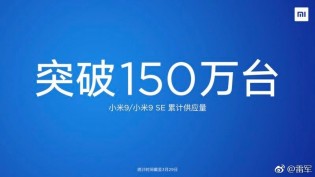 Last year, the Mi 8 series – not just the Mi 8 itself, but the Explorer and SE too – sold 1 million units in under three weeks. The trio went on to sell 6 million in four months. More recently, the Redmi Note 7 reached 1 million sales in a month. Note that these numbers are for sales, not shipments like the Mi 9.

Xiaomi will turn 9 years old in a few days and the company is celebrating with promotions in China and India.

I think amazon in Italy sells the Mi9 and ships to europe.

You're going to be living in his dream soon, brother.