Occasionaly we report something like "Xiaomi sells X hundred thousand smartphones in Y minutes" but it turns out the young smartphone vendor did excellently for the whole year too. CEO Lei Jun posted on Sina Weibo that sales are up a whopping 160% in terms of units compared to 2012. 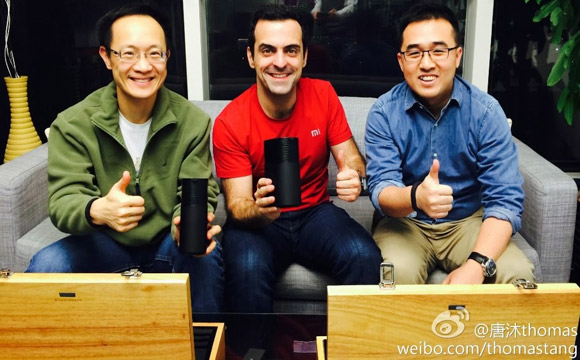 The cash Xiaomi raked in is up accordingly – 150% up from last year for a total of CNY 31.6 billion (5.2 billion USD). Lei Jun did not reveal net profits but posted a bullish estimate for 2014 - the CEO expects 40 million Xiamoi smartphones to be sold.

In an Apple-like fashion, Xiaomi announced very few devices, just four. They were often met with huge demand in the company's home country. Xiaomi is slowly expanding and opened a shop in Singapore to celebrate the New Year. That bit of news was broken by none other than Hugo Barra, former VP of Android at Google and current Vice President of Xiaomi.

For those of you who are hating just use Xiaomi for a day and you will be singing a different song. I use Redmi and wow it beats the compitition at that price.

Please,how can i get this phone in Nigeria?

i think that xiaomi is the best company i have millet 2s and xiaomi hongomi . i want mi3 snapdragon 800 . i want xiaomi do smt like s4 and note3 tricks . and the next millet phone with 3gb of ram and with all the languages because i am cypriot . and...