Xiaomi has started rolling out the new v6.5.50 update for the Mi 4i. The update primarily aims to fix the heating issue that some users have noted. 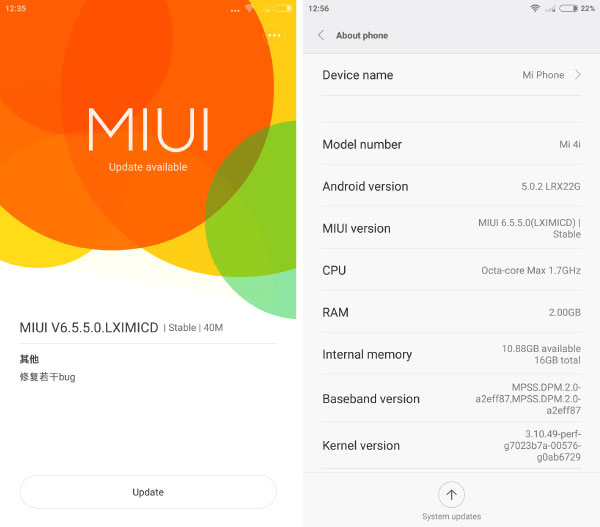 According to Hugo Barra, "The new thermal controls adjust frequency, voltage and the number of cores in use depending on the chipset temperature. In all of our internal testing and pre-OTA release in the MIUI Forum and beta testers, we've observed that these changes reduce the device overall temperature without impacting performance." Other than that, the update also brings additional bug fixes and optimizations.

This update was previously been released as 6.5.4.0 but that had some power button issue so Xiaomi is now pushing out a newer version that solved that issue.

The update is now available for download and is 40MB in size. You can download the OTA update through the Updater app on your Mi 4i.