We already saw the leaked press renders, but now we have official information about the Xiaomi Redmi 5. The manufacturer posted an image on Weibo, revealing the launch date of the Redmi 5 and the Redmi 5 Plus - December 7. 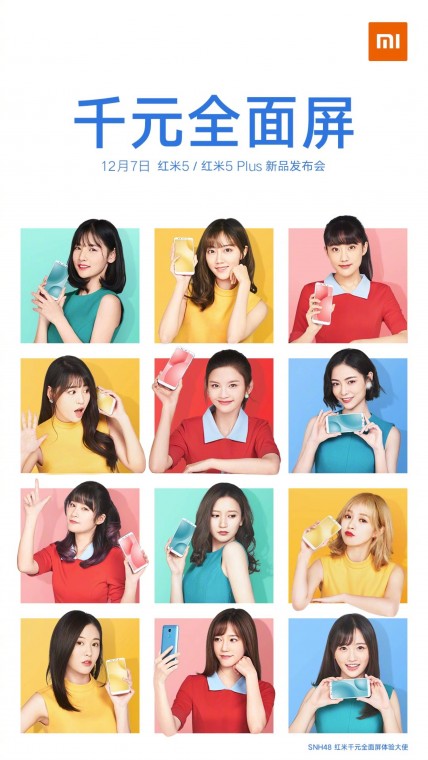 The phone will be introduced by members of the pop band SNH48. Twelve of them are pictured holding the Redmi 5. The front panel is mostly occupied by a FullView screen, while on the back we see one camera and a fingerprint scanner.

The headline of the poster says “A phone for a thousand”, implying the Redmi 5 will cost as low as CNY1,000 or about $150/€130. For comparison, the predecessor Redmi 4X costs around CNY800 in China.