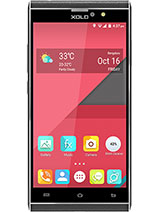 there is only left side speaker only working..!! right side doesnt work..!! is that problem or default option??

AnonD-475616, 12 Dec 2015hmm! After reading all reviews, i decide to not to buy this phone, instead i am quite satisfie... moreEven am using q800 since Sep 2013. There's no problem so far.
Only reason am looking for a new phone is because of the internal memory.
Please mention the issues due to which you decided to avoid xolo black 1x mobile.

saravkutty, 16 Dec 2015Shall I use the dual SIM and memory card at the same time. plz reply anybodyNo you can't... It's a hybrid model.

There is very poor battery back up.I fed up with the phone just within 24 Hrs.So,requested to guys,dont become foolish with the advertise & pls go with any branded smartphone....

saravkutty, 16 Dec 2015Shall I use the dual SIM and memory card at the same time. plz reply anybodyNo we cn't !!. At a time we can use dual sim or memory card

I like this phone specs but the design just messed it up. They made the phone look weird. I can only wish they followed the traditional design of other xolo phones. Also the hive UI is bad

which phone i should go for either black 1x or lenovo k3 note..pls give reason also

Shall I use the dual SIM and memory card at the same time. plz reply anybody

i am confused beetween xolo 1x and infocus m680, which best both of them
please suggest me

SWAPNIL, 28 Nov 2015Hi guys, I bought two phns bt one was defected, and one is performing awsome, If any ... moreIn all these reviews , I found yours very useful...
Thnxx

excellent mobile with great processor speed, no lag at all even when many apps are open at same the time; camera below quality is average in low-light shots, but great for outdoors.
Battery stays for 1 full day for moderate use. I like its sleek look and the awesome display (FHD with 441ppi is one of the best in the market). As I am not a good gamer, I dont have much to share about its graphical capabilities.
Overall, it is a great phone at such an unbeatable price.

all friend explain me xolo balck 1x mobile is good ya no? plaese suggestion me