Xolo One is a $105 smartphone that will get Android 5.0 Lollipop

Xolo introduced the latest addition to its lineup of attractively priced smartphones. Dubbed Xolo One the new droid costs just INR 6,599, which translates to about $105, making it one of the most affordable KitKat-powered handset around. More impressively, the company has committed to updating the Xolo One to Android 5.0 Lollipop later on, making it one of the cheapest tickets to Google’s latest ride.

As you could expect at this price point, the hardware of the smartphone isn’t quite as impressive. The Xolo One comes with a 4.5” IPS screen of the lowly FWVGA resolution (854 x 480 pixels) that gives a pixel density of 218ppi. The handset is powered by a Mediatek MTK 6582M chipset with a quad-core Cortex-A7 CPU running at 1.3GHz, a Mali 400 MP2 GPU and 1GB of RAM. 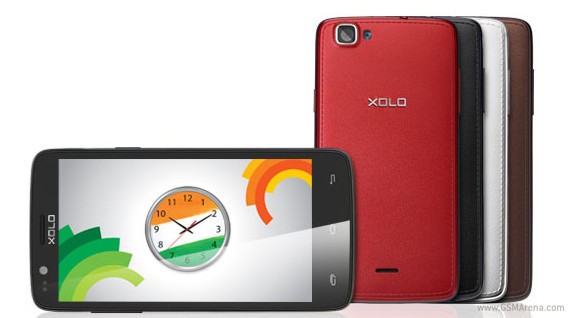 The Xolo One comes with dual SIM slots and support for 3G and 21Mbps HSPA networks, but no LTE. There’s a microSD card slot for expanding the 8GB of available storage by up to 32GB.

On the photography side the Xolo One offers a 5MP fixed-focus camera with BSI sensor, LED flash and 1080p video recording as well as a VGA front-facer. Connectivity is covered by microUSB 2.0, GPS, Bluetooth 4.0 and Wi-Fi b/g/n.

The smartphone is powered by a 1,700mAh battery that should be able to last for up to 430 hours of stand-by and up to 19h of talk-time as long as you stick to 2G networks. If you switch to 3G however the numbers fall to 377 and 8 hours, respectively.

The Xolo One will be available in 6 different colors, including brown, black, white and red and will feature “leather finish back” (faux Samsung-style leather, we assume).

Thanks, Shamnad, for sending this in!

press the volume down button and power button simultaneously