XPERIA Play to get loads of optimized games at launch

The Sony Ericsson XPERIA Play will be launching officially on 1 April. And according to CNET Asia there will be a massive number of optimized games for it, available at the very beginning. 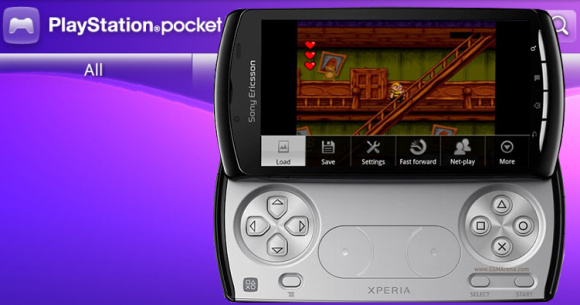 We've prepared the list, which CNET Asia compiled, to show you which games will be served to new owners in the Playstation Pocket store.

Now, optimized for the XPERIA Play doesn't mean Playstation-ported games. It means that these will be games for Android, optimized to use the hardware gaming controls that the Play has.

In related news, ZodTTD - a popular game ports developer, posted on Twitter that his PSX4Droid emulator has been pulled from the Android Market. It is an emulator, which allows users to play Playstation 1 games on their Android smartphones. The reason given is "Content Policy Violation".

It makes sense when you think about it. The XPERIA Play will lose most its charisma when every droid out there can run the same games.

The good news is that the other emulators remain untouched so far. We've personally tested the Super Nintendo (SNES) one on the Play and it works like a charm with the hardware controls.

The story's based in the 18th century on the Caribbean.

Here are some screenshots of the game for you guys to enjoy.

And if those aren't enough for you, here's an official video promo of the BackStab game.

Guys these r not touchscreen games so how wil u play them on normal android phones??? I wish if they come out with some classic sega collections

in league of single core smartphones, there's nothing which can beat this beauty. awesome gamepad sets it apart from all other similar looking smartphones. i have this beauty and i am loving this, it has its limitations but it is worth buying, ve...

too bad, when announced people think this phone can play PSP game,but actually is not