The Sony LT30i Mint, or the Xperia T, as its DLNA certification suggests, has once again escaped the Sony R&D center and posed in front of a camera. 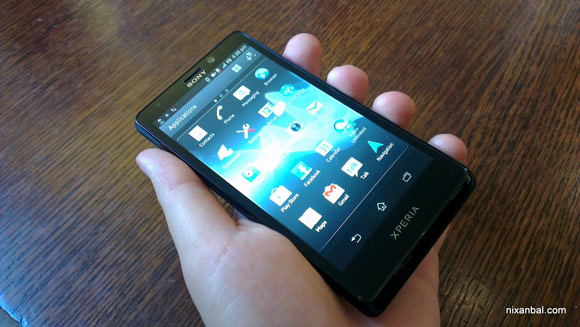 The 35 new photos, courtesy of nixanbal.com, show the Xperia T from all angles and even demonstrates what the 4.3" droid looks like in hand. Here are the most interesting parts of the photo session.

The Xperia T is powered by a dual-core Snapdragon S4 (Krait) processor and features 1GB of RAM and 16GB of internal storage. At the back, it features a 13MP camera with LED flash and an NFC chip.

Sony will officially announce the Xperia T at a pre-IFA event on August 29, where it's expected to unveil a number of smartphones including the Xperia J, Xperia SL and the LT29i Hayabusa.

You can check the whole Xperia T hands-on photo tour in the source link below.

Krait is made by Qualcomm