Xperia Z2, Z3, and Z3 Compact to get Lollipop update in India

Just a few days after Sony revealed that the Android 5.0 Lollipop update will be released only for the Xperia Z series devices, it is being reported that the Xperia Z2, Z3, and Z3 Compact handsets in India will be getting it sometime this month. 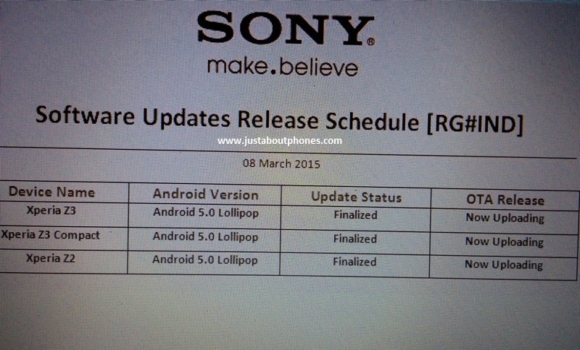 The update is expected to roll out soon in other markets as well - the carrier variants in the US, UK, Canada, and Australia will, however, take a little longer.

Has any one updated z2 on lollipop please review about the same?

my Xperia z2 got the most awaited update Lollipop im from kashmir ,India