This just in - a golden-colored HTC One becomes official, courtesy of HTC itself. This isn't the 24-carat Gold Genie version, nor the 18-carat MOBO one, which we handled. This is a gold-colored aluminum HTC One, which we've already seen leaked in images. 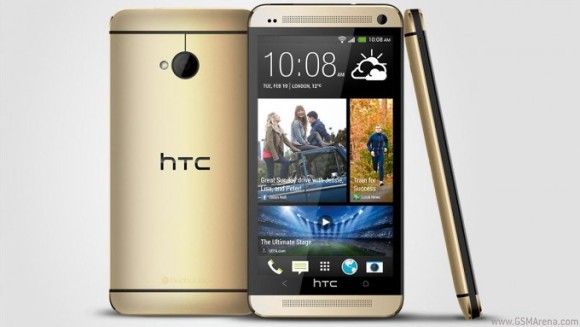 The device will join the new Blue and Red and the classic Silver and Black on the shelves. Underneath the newly colored is just a champagne-colored HTC One with a 1080p 4.7" screen, quad-core Snapdragon 600 and 4 MP camera with Ultrapixels and OIS.

The device will be released across Europe through a number of retailers and carrier but specific availability information should be coming later today.

"the only reason why you say that it's because it's too expensive for you" LOL Give me your address , and I'll buy you 5 of this sealed, cheap thin-can bricks, iboy.

Shit will remain shit if you coat it in Diamond layer or Gold layer, no difference. Note 3 is the best

Be cool man, the only reason why you say that it's because it's too expensive for you and you prefer to invest into mid range devices and of course except Samsung no one could provide you a fashion style. The Htc One is really the best Android h...