You can now customize an Xbox One Controller through Microsoft

Along with the announcement of the newly designed Xbox One S, Microsoft has also announced Xbox Design Lab which will let you design an Xbox controller whichever way you’d with different color options for just about every button, trigger, joysticks and the D-pad.

Microsoft says there are over 8,000,000 possible combinations. There’s also the option for a custom engraving for whatever you want, maybe a Gamer tag.

The controllers that are being built for customers are the new updated ones that come bundled with the newly announced updated version of the Xbox One S. This new controller does feature some updates like Bluetooth range improvements and a grippy textured backside. 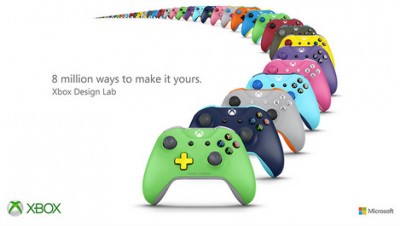 You can’t have a custom controller just yet as they won’t start shipping until September. But you can start designing your own controller and you can pre-order them starting today. The customized controllers are going for $80 a pop and toss in $10 more if you opt for the custom engraving.

welcome to the age of apocalypse