YouTube is testing an incognito mode in its app

The "Incognito Mode" in browsers is a well-known feature for quite some time now and it's extremely useful, especially if you are logging into your account when using someone else's computer. Well now, YouTube is testing the very same feature on its Android app. 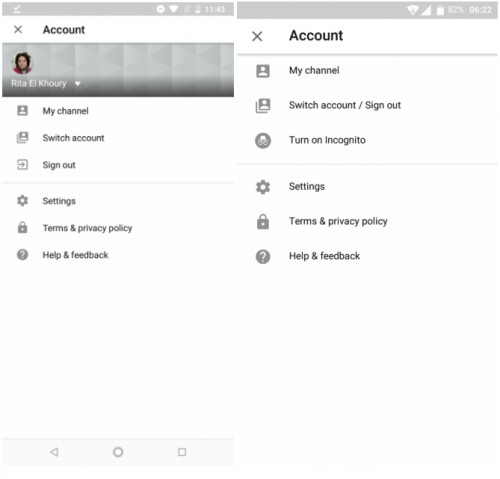 YouTube already has a feature that prevents the app from recording watch and search history and you can find it under Settings > History & privacy. But the new Incognito Mode should be easier to access by just tapping your account picture in the top right corner, where a "Turn on Incognito" toggle will be available. No need to digg in the settings menu anymore.

When activated the app won't record your current session and the subscription list will be hidden. The familiar Incognito icon will be visible in the top right corner indicating that you are browsing YouTube anonymously. 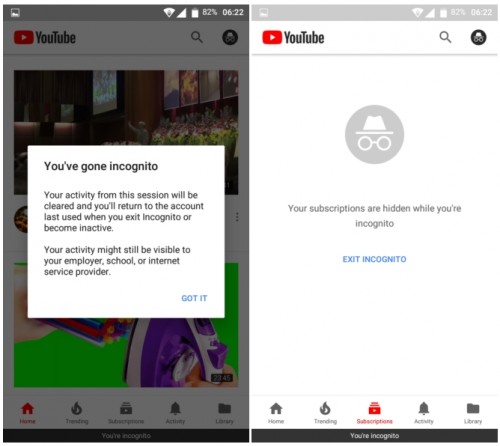 As of now, the feature is still in its testing period so not all devices have it but most probably it will be available to the wider audience sooner than later.

There's no word as Anonymous in Google.

That is a very good point. I think that would be helpful - particularly when looking up gaming videos. If you look up a video on a game, suddenly the recommendations are riddled with spoilers. This would be a very useful feature to stop that...