ZTE recently held a press event in Russia and thanks to fellow journalists there, we've got the scoop of the latest devices in the manufacturer's lineup.

The company's top brass did not miss the occasion to remind us they are now the 4th largest phone manufacturer in the world. Even more, they claim that if sales continue like this, they would conquer the 3rd spot by 2015.

As usual, most of the new handsets are mainly cheap devices, but still proper Android smartphones. Those include the ZTE V889, ZTE V887 and ZTE V790.

The Grand lineup is where it gets more interesting. ZTE intends to fill it up with phones positioned in the mid-range and even high-end segments.

Proving its point, the company introduced the ZTE Grand Era (V985). It's a sibling of the Grand Era (U895), an already released dual mode GSM/CDMA phone. 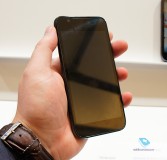 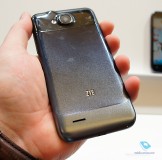 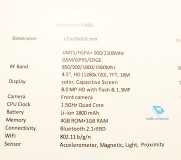 Most importantly of all, it's a quad-core smartphone, running at 1.5Ghz. Unfortunately, there is no word what sort or Android version it runs.

The company also showcased the Grand X LTE T82, which was announced several months ago. Reportedly, it's even available in some countries already, but under a different name. 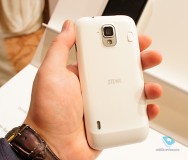 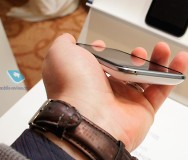 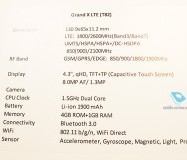 Besides the dual-band LTE connectivity, the smartphone has a 4.3-inch screen and an 8MP camera, capable of recording FullHD video.

The ZTE V889M is a DualSIM Android handset. It's more compact than the bigger guns as it has only a 4-inch screen. It runs Android 4.0 with the help of a 1GHz dual-core MTK 6577 chipset and has a 5MP camera with 720p video recording. 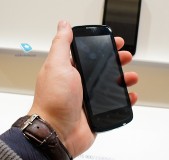 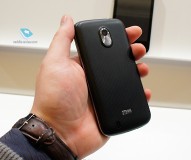 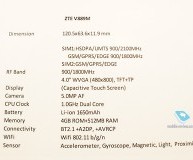 The manufacturer claims it's really power efficient allowing 450 hours of standby with 1 SIM and 180 hours with 2 SIMs. The battery should also provide 8 hours of continuous use for either web browsing or video playback.

The ZTE V887 is not that special in terms of specs if you don't count the 5-inch screen. Unfortunately, it's only WVGA in resolution. 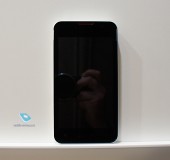 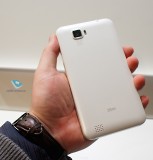 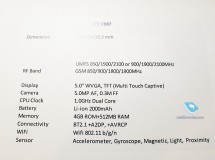 Besides that, the handset has a 5MP camera, a 1Ghz dual-core chipset and a 2000mAh battery.

Finally, the ZTE V790 is the most basic Android smartphone in the lineup. However, it's a DualSIM phone as well. 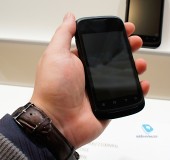 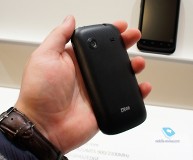 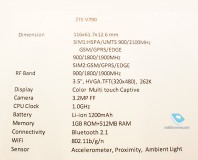 It's got a 3.5-inch screen and runs on Qualcomm 7225A chipset. A 2 or 3 megapixel camera is in charge of the imaging.

Thanks for the tip, Ammar.

Nhell, ZTE Grand X is already available in mobile shops in MOA, saw one today. It's on sale at 9,880.

i wana perches this hand set