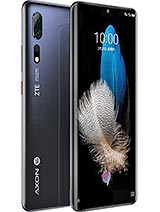 MotorsportMadness, 06 Feb 2020USB 3.0 was introduced over half a decade ago, in November of 2008. USB 3.0 is capable of 5 g... moreMotorsport madness, You like posting irrelevant information, based on superficial reading of specs. It's not USB 3, the standard of universal serial bus, but UFS3, a flash storage standard that has SSD speeds. In fact, if you really pay attention and read every single line of specs, the USB it's 2.

Smartphone makers have realized that phones are not connected to pc or laptop anymore, all the info is exchanged via internet, pictures are uploaded to cloud servers for backup, so the usb standard and speed is not relevant for users, but it's relevant for designers, since they have to include a pricier chip inside for a higher speed over the usb cable that is not used.

MotorsportMadness, 06 Feb 2020USB 3.0 was introduced over half a decade ago, in November of 2008. USB 3.0 is capable of 5 g... moreAll I see is madness... you basically repeated what the OP said and added more irrelevant gibberish which does not apply to this phone, lol...

I'm definitely going to get this. I like zte phones. Do you the zte 5g work on prepaid like cricket wireless

Another copy of samsung design?!

This Phones Is amaizing,,, This Has 865 snapgragon,
Now People Like The Brands AND The Brands use Unique Things, Like No Sd Card Or No Headphone Jack,, love This Phone..
ZTE done verg well,

Good phone but the battery is small, no audio Jack. Big fail.

ZTE is selling the same phone over and over again, how lazy.

MotorsportMadness, 06 Feb 2020USB 3.0 was introduced over half a decade ago, in November of 2008. USB 3.0 is capable of 5 g... moreSeriously !
Looks like you know a lot or copied it from somewhere.
Can you please tell me what's the transfer rate of UFS 3.0 storage ?

No headphone jack?? Come on ZTE!!

AHMADREZA77, 16 Dec 2019Unfortunately the unknown interface does anyone know about the user interface ?? MI FAVOR 10......😕GSMarena has got you covered.
https://m.gsmarena.com/ztes_unveils_and_details_mifavor_10_os_based_on_android_10-news-40355.php

MagicMonkeyBoy, 01 Jan 2020A good phone for those who need power. Good cameras. But also a flagship performing phone at a... moreThen again Android games and ports aren't very demanding to begin with, unless you're looking to use emulators (especially with Citra and Dolphin becoming more developed).

Universe, 29 Dec 2019You have my word. Yep everything is just... except for SD865 processor. Well... It is the thinnest 5G smartphone so far. It's a great phone for those who want an 865 for a good price. Mi favor10 is good stock android experience too. It's a good affordable flagship phone from ZTE... Mind you the ZTE Nubia Red Magic 5G is soon to be launched. That will turn some heads. Eye-catching.

AHMADREZA77, 16 Dec 2019Unfortunately the unknown interface does anyone know about the user interface ?? MI FAVOR 10......😕From what I have seen. The Mi Favour OS/Skin. Is very beautiful. Stock android experience. Fluid. Literally zero animation speed.

Definately worth the attention. Personally I wouldn't mind using the OS. It looks so intuitive and easy to use. Quite simplistic. But capable.

A good phone for those who need power. Good cameras. But also a flagship performing phone at a good price. Obviously there are some slight details with a few compromises but non the less. A price friendly pocket monster. Great for those the balanced type of user who needs a price friendly all rounder. With power and performance. Although to keep the price good. They have compromised on USB C type 2.0 and not quite the WiFi 6. But an epic first phone with the 865 to bring us forward once again at a nice pace.

Although this phone is obviously not aimed at the heavy gamer. But actually can deliver heavy gaming with such a processor.