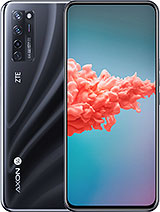 Lotus, 01 Sep 2020If u must be explained why, ...... So it last a day or two , could u have not figured it out o... moreAnd in the end you'd still have to charge it anyway, not only does it charges slower than an average 4000mAh phone but you'll face the risk of the battery wears faster and in some cases the phone would explode because of terrible quality control, the battery is liquid, not the solid type yet. If you want to use the phone for a tad bit longer than get a blumming powerbank lmfao.

jayjey, 01 Sep 2020Fun Fact: Some people live in places that don't have constant electricity. Another Fu... moreThen 4000 - 5000 is really is enough fo a 1080p screen lmao, if you actually worry about it drains at the wrong time and date then what's does the powerbank used for? Like in generall, people would prefer a lightweight phone to carry around rather than holding 400g of metal for 6 hours straight. 5000maAh> is really enough for a phone like this.

How will this work for video calls? Can it turn off that section of the screen for say an hour?

Euro 270 for 5G, Oled display and under screen front camera? Innovation getting cheaper? The US will stop the dumping. Go for Iphone SE second hand.

iwil, 02 Sep 2020I thought "under display" camera idea is to make smartphone more compactNo, the periscope pop up mechanical camera or, in display camera now, is to achieve as close as possible to 100% unhindered screen estate. Bottom line, phones are not just phones anymore. They are now work tools, mini gaming consoles and multimedia consumption platforms. They are essentially a substitute for laptops and tablets. The bigger the screen, the better, and the lesser the interruption of the screen the better. That's what consumers seem to want for the most part. This is why there's a trend towards larger and larger screens. Five years ago, a 5.5" phone was considered a phablet. Now a 6" screen is considered relatively compact. Not to say that everyone likes this trend but for 90% of consumers anything under 5" won't get the job done.

userbenchmark, 01 Sep 2020snapdragon always better in my opinion better efficency and better thermals open source code... moreUgh not you again. Mr. "I love Intel and userbenchmark because I love supporting all the wrong/worst companies."

Snapdragon is not always better. You can get a Dimensity 1000+ equipped phone for the same price as a SD765G equipped phone. On Antutu's ranking ladder the 1000+ scores 34 while the 765G scores 19. Complain all you want about Antutu, there's an undeniable huge difference in performance. It's like comparing the 855+ to the 765G.

Better efficiency and thermals mean nothing when the phone isn't throttling anywhere near an Exynos 990 equipped phone or gulping down the battery life like one. Dimensity SoC temps aren't impacting the performance much at all or making the phone uncomfortable to hold. The difference is minuscule and the bigger concern should be with the cooling solution the phone maker uses. A Dimensity 1000+ with a copper pipe is going to be much cooler than a 765G with just a tiny bit of aluminum.

Custom ROMs are the ONLY valid reason to not buy a Dimensity SoC equipped phone. However if the person doesn't care enough to install one that isn't a reason.

joe nodden, 01 Sep 2020I will never forgive companies for using the 765G instead of Dimensity chips. snapdragon always better in my opinion
better efficency and better thermals
open source codes and custom roms
but if you're a standart user then dimensity is ok

joe nodden, 01 Sep 2020I will never forgive companies for using the 765G instead of Dimensity chips. They dont care how you feel

here is the sight of the under screen camera :
https://youtu.be/IwhGr38OBQ4

jayjey, 01 Sep 2020Fun Fact: Some people live in places that don't have constant electricity. Another Fu... moreIm using my smartphone a lot but my charger is next to me

I will never forgive companies for using the 765G instead of Dimensity chips.

Anonymous, 01 Sep 2020Imagine 4220mAh still too small for you lmaoFun Fact: Some people live in places that don't have constant electricity.

Another Fun Fact: Some people use their phone a lot and are not a fan of constantly charging it.

Anonymous, 01 Sep 2020Why would you need a battery that's over 5000mAh just to scroll through and do some stuff... moreGood first Phone in seel with camera under display

I just wished that ZTE phones were available for purchase locally. This phone ticks all my checkboxes without costing a lung and a kidney.