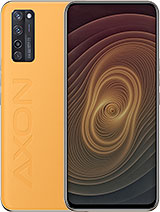 Mobilemaster, 01 Dec 2020But not many enough. I don't think these companies are all blind to offer what majority o... moreMost of people dont buy flaghship phones but they still make them... Like wtf is so hard to put out once a year some solid under 155mm midrange phone? Like would that kill Entire company. Can you Imagine one plus putting out oneplus Nordie 150mm long with more or less same features as normal..No they give us fckng crapy nord10 and nord 100..

Mobilemaster, 01 Dec 2020But not many enough. I don't think these companies are all blind to offer what majority o... moremerry christmas mobile mater

Can someone tell me really, what is the difference between the original phone vs this one. Just the ram?

Fox, 02 Dec 2020Nobody wants a 5 inch phone like a Iphone, If you want to use your phone daily watch movies vi... morewrong, i've been wanting a smaller phone , i really dont need a large phone for what i do on it daily

Anonymous, 03 Dec 2020yes this is for ppl who like to have monster display to use it instead of LED home tv i appre... moreare you seriously mentioning apple without any context? iphones don't come cheap you know... like the 12 and 12 mini, besides apple are putting smaller batteries only for the money saving to earn money same thing will keep happening till apple takes more than giving features, still though cant mention apple out of nowhere for few reasons we are just talking about the size if you managed to scroll down a bit you'd know why not alot of phone companies are allowed to go for smaller sizes..

That seems rather new, hmmm...

Also thank god for the under display camera, hopefully this will end the era of notches and cutouts.

Extreeeeme!!? but it's look just like the other one? or they're trying to hide the extreme part.. wondering what is it

toddluvzgta, 02 Dec 2020Large phones are good for watching films, Youtube, football matches, and some of the more lewd... moreyes this is for ppl who like to have monster display to use it instead of LED home tv
i appreciate this movement, no judjment, now all makers becomes to thinking to make monster devices for ppl who love to have tablet size in their hands.

what about other ppl
can u tell Zte to make a compact one for ppl who like to have a handy small device, that they don't feel the heaviness + super big dimensions in their hands

something btw 132mm_144mm
3400Mah_3800Mah
SD720G @ least
or even Dimensity 700_720
even without Rear Camera😁 i really mean it
bcuz before makers when they remove 3.5mm jack for first time, they say it we do that to make space for bigger battery😅
si if they wanna put a decent battery in a small size screen phone with an excuse, so way not ?!? better to remove rear camera😄

but with being iphone 12, 12mini
who have this dare to make compact device with really decent specs ( plz don't count tr...sh like A01 M01, phones)
p.s: i remember shakira that sing for southafrica worldcup(waka waka)
This Time for Africa
now
This Time for Apple😉

So go to the next phone, there's enough phones out there kido

ThatOneWeabo, 02 Dec 2020you cant wait 10 seconds? because my cheap ssd that is 480gb boots very quickly... even modern... moreGet linux

everything the world was waiting for.
it is reaching 7 '' !!

toddluvzgta, 02 Dec 2020Large phones are good for watching films, Youtube, football matches, and some of the more lewd... moreyou cant wait 10 seconds? because my cheap ssd that is 480gb boots very quickly... even modern laptops have at least ssd or m.2 that's kind of a bad point to state, though i'd agree mobile phones are almost good for everything.

BruhMoment, 02 Dec 2020I mean c'mon, they could've waited for new dimensity or 775g to drop, or alternative... moreI mean I agree with you mostly, but almost every company does this, not just smaller Chinese ones. It's a scummy practice that everyone does.