ZTE is currently in the process of rolling out a new software update for the Axon 7 mini. The new release is unfortunately still based on Android 6.0.1 Marshmallow, and not Nougat, and it's still a mystery when (or if) this smartphone will get its taste of the latest version of Google's mobile OS.

That said, today's update is by no means useless. It brings with it support for Voice-over-LTE (VoLTE) when using T-Mobile, as well as all the missing security fixes from Google up to the December patch level. Yes, that's not the latest anymore since we're in January, but it will have to do. New APNs have been added for all major North American carriers, some Google apps were updated, and "other general fixes" are in too. Finally, ZTE says it's improved the camera focus speed and night mode. 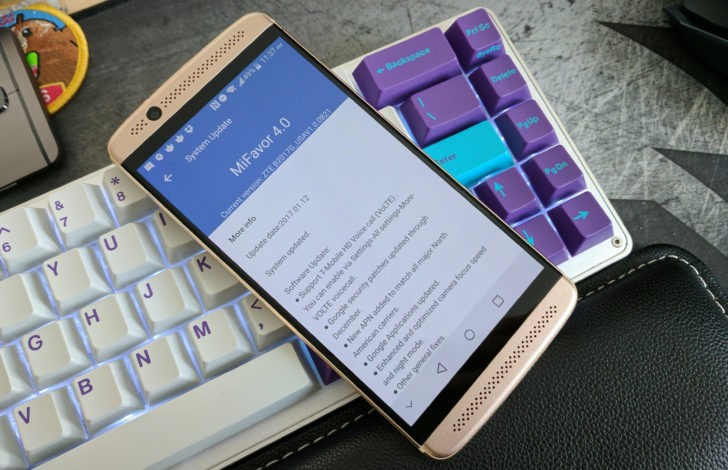 The update still comes with ZTE's MiFavor UI 4.0, while the build number ends in B21. It's a 419MB download, and you can grab it manually straight away if you go to the update menu in Settings.

talk to me about that keyboard in the background

Installing now... Autofocus has been a little "troubling" esp close-up. Hope it fixes.