Less than a month after ZTE pushed out the Android 7.0 Nougat update to its Axon 7 smartphone, the device has started getting the Android 7.1 update.

Rolling out over the air, and arriving as software version ZTE_A2017V1.1.0B09, the update is currently hitting units in China. 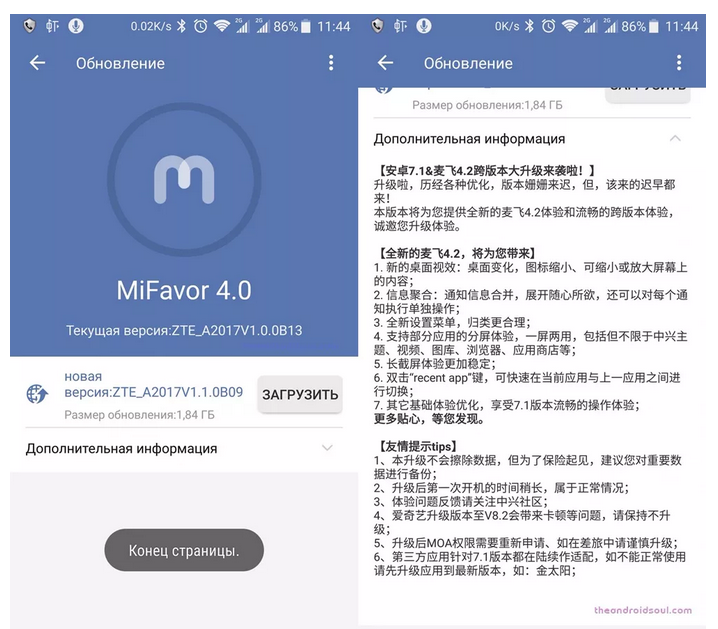 The update also bumps the MiFavor UI version to 4.2. Given that the roll out has started in the company's home country, it'd be reasonable to expect that other regions will also get it sooner than later.

ZTE has brought the Daydream-ready Axon 7 at the MWC and anyone there can enjoy some high-quality VR experience. The Axon 7 has a high-res AMOLED screen and Dolby Atmos-enabled stereo speakers, which qualifies it among the better VR-ready handsets out there. ZTE is also haling the Axon 7 as the first Daydream-ready smartphone from a Chinese manufacturer, so there is that achievement, too.

ZTE Axon 7 - US Community Forum. For Axon 7 owners they don't know yet (especially from EU), this is the official ZTE Community Forum: https://community.zteusa.com/community/forums/axon

I have absolutely no problems, I'm sending pictures over Whatsupp and Viber also without any problems (using both T-mobile or WiFi).

Absolutely no problem, including Whatsapp.