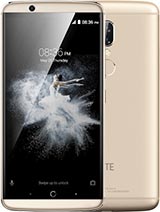 dennyra77, 15 Mar 2019Hi all Those who have used the phone,will like to know the following before i buy it. 1.Do ... more1. It won't heat up on browsing. It does heat up when gaming.
2. The battery life is rather poor. Probably won't last the day if you use it for a few hours.

I've had this phone for 6 months. I had to get the Kaspersky Battery Life App to control the auto loading of Bloatware that zaps the battery without warning. The battery power control sucks bad, as it shuts down the phone anywhere near 56% or less battery. Or, anytime you restart the phone. Or, anytime the phone has been in Airplane mode too long, It decides it only has 01% battery and goes into limp mode.
The designated, Qualcom charger requirement is bad as well because it doesn't accept an external battery recharge well.
So, the apps sap the battery, and the power manager can't figure out what is going on unless power is connected.
I would not buy this phone or recommend it to a friend. The Qualcom power control and charging is as bad a feature as well.
If the power issues were not so bad this could be a good phone, with a better camera and more sensitive GPS receiver.

Hi all
Those who have used the phone,will like to know the following before i buy it.
1.Do the phone heat when you are browsing and when playing games like Dreamleague does it heat so much?
2.on switching data on the whole day can the battery manage?

I was a big fan of ZTE 2 years ago, but that was 2 years ago. My phone is still stuck on Nougat even though ZTE promised in Dec. 2017 that we would get the Oreo update by April; 3 months ago. More important, I used an app that checks security updates and there are several security patches that haven't been installed even though ZTE claims they were. That blatant lie was enough to completely shake my trust in any Chinese phone manufacturer! ZTE phones pose a HUGE security risk IMHO.

Anonymous, 24 Aug 2017Where can one buy this deviceIt was available in China for government officials only. But if you look hard enough you might find some online for about £450

Louca, 21 Jul 2017No OIS like the previous Axon 7 No EIS No Dolby Amos No dual stereo speakers 24-bit/192kHz... moreCalm down, GSMArena is probably just too lazy to update every single little spec on every new phone.

No Stereo Speakers such a dealbreaker.

Where can one buy this device

Only 4 GB RAM versions for sale?? They announced 6, and even the Axon 7 had versions with 6GB RAM already.

The device is finally available on aliexpress. Just placed my order today!

No OIS like the previous Axon 7
No EIS
No Dolby Amos
No dual stereo speakers
24-bit/192kHz audio, downgraded from 32-bit??

MMK, 10 Jul 2017Its weird that this phone was released in June but I still can't find it being sold on Aliexpr... moreBecause ZTE can't make good sales. Plus YouTubers will review it if it is a good phone

Its weird that this phone was released in June but I still can't find it being sold on Aliexpress and can't find any reviews about in on Youtube!

Eric Wang, 26 May 2017Half the time these guys don't even bother updating these spec sheets unless it's a Samsung There are hundreds of phones here man they are human they cant update everyting without fail

A very nice looking phone also good stats i like it.
But here in Slovakia we dont have this brand for sale.

AnonD-122868, 25 May 2017How true are these specs? Because no Gorilla Glass, no Stereo speakers and no NFC?Yeah.....the ZTE marketing idiots haven't put any of the info even on their own website. So, goodbye ZTE. Who the f*** is going to bother.